The step out the front door is probably the hardest one to take, even for veteran traveller Billy Stelling. 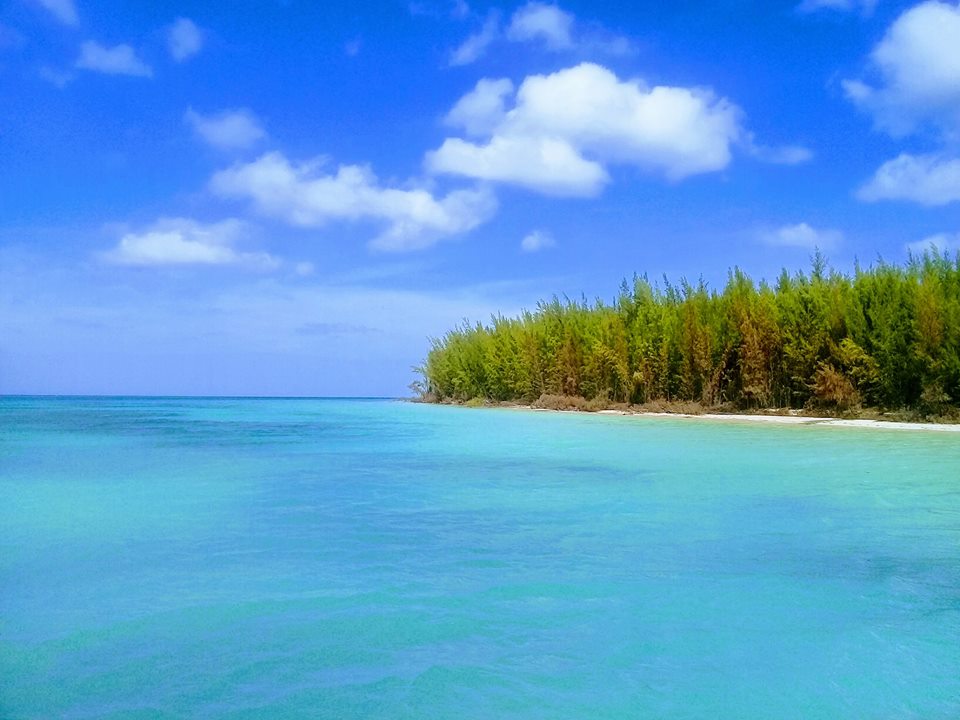 After that first step, it’s one foot in front of the other, drawing on your life experiences to make reasonably educated decisions about what comes next. That doesn’t ever mean there is never a feeling of uncertainty or trepidation for even the most streetwise and travelled of people. I consider myself relatively streetwise, and on the way to being travelled, but prior to getting to Cuba, there was the full range of uncertainty and doubt.

I dealt with it by reminding myself to try and immerse myself in this opportunity of a lifetime and that the uncertainty, too, shall pass. I also think a large part of people’s hesitation to embark on solo adventures is the feeling of loneliness and solitude. This can be a tough part of any adventure and it’s always better to share an adventure with someone than to embark on it on your own, for the singular reason, it’s easier. There is a sense of being relaxed because there is always a companion nearby to fall back on. I say that in the nicest way, for we all like to have our own time, but when you are tired of that, it is nice to have an alternative. The solo traveller tends to revel in the solitude and the best travels are done where there is no responsibility to anyone else and one’s consideration of time is one-directional.

An important part of travel – for me – is sharing my experiences, which I do mainly through my blog; 2wheel-journey-of-life.blogspot.com I hope it is a source of inspiration. I visit often to remember some of the fun, and not so fun times I had already forgotten about:

When I arrived in Varadero I was very low, if not empty on body moisturiser, so I decided to purchase some at the local supermarket on Day One. I found a bottle, 500ml no less and gleefully day in and day out I liberally applied it to all parts of my body. Its characteristics were that of a Nivea cream, often difficult to apply so I had to really rub it in and even then, I often had difficulty to get it absorbed effectively. I used it after every shower and between each beach visit. I had spent a lot of time in the sun, but my skin seemed to be getting drier by the day, eventually starting to look and feel like rice paper. I even started applying it to my face as it dried up.

Eventually towards the latter part of my visit to Varadero my skin started to burn when in the sea, so just applied more moisturiser. The penultimate night my skin was so bad that I actually covered myself in Everysun 30 before I could sleep as that was the only thing I had which seemed creamy enough to actually moisturizer my body.

After some pondering, suddenly a thought crossed my mind. Perhaps this Jabon Manos moisturiser was something else, after all ,it was in a funny shaped container with a plunger top, not the traditional cap or lid.
I exited from bed and went to my English Spanish translation app which I have on my iPad. “J…A…B…O…N…M …A…N…O…S”, was typed in to reveal, ‘soap hands’. I had, in my haste and non-Spanish brilliance, bought and been applying hand soap to all areas in the most liberal fashion. No wonder I looked like an evaporated moistureless desert twig … but I smelt and was squeaky clean. Needless to say, I had an emergency visit to buy all the face and body moisturizer I could summon and again, applied liberally and did so indefinitely.

It still amazes me how, as soon as you are vaguely near a tourist route, the prices sky rocket. We stopped for coffee, without milk, just coffee. Had two small cups and a refill. We used our own condensed milk and when the bill came it was the equivalent of eight US dollars. This was again a sense of there being two sets of rules to go along with two sets of currencies. One tourist – 1:1 with the dollar – and one local currency, 1:25 to the dollar. The stronger currency is used predominantly in cities and high tourist zones and the local
currencies, more in the rural, farmlands. The prices of things change accordingly too. A ham and pineapple pizza in a tourist area would be eight dollars and in a small village side road shack, perhaps one dollar.

BICYCLE GUARDS ON THE BEACH

One thing about the Cubans, for a nation who were seriously into communism, they sure have learnt quickly about capitalism. I rode to the beach and got to an area where a woman came out and stopped me and indicated that the road was being worked on and I must carry on on foot. I indicated the mountain bike would manage the terrain. She said something about the police not wanting anyone to ride further because
there was some construction. Ordinarily I may have debated this, but due to the language barrier, I got off the bike, locked it to a pole and off I walked. Not having gone five steps, she again approached and asked for a dollar as a security fee to watch my bike. Seriously. This is how to make rules to make money. That sort of exploitation annoys me, and about 100 metres down the beach I saw a few locals riding their bikes to where I wanted to go. When I had lunch at the nearby restaurant about three hours later, I noticed that my security fee had been added to my lunch bill.

The idea of solo bikepacking should not frighten anyone off; it is the ultimate way to travel, have wonderful cultural experiences and see faraway lands. It’s not always easy or simple, and it will definitely take you out of your comfort zone. You don’t have to delve in to the most hectic, scary, off-the-beaten track adventure, as there are many variants to these and can range from small and clinical to wild and mad. It’s really rewarding, will certainly change your perception of one or many things in some way, and it should make you realise how fortunate we are to have the ability to still see the world in this way. Stage races are dull and sterile in comparison.

Bikepacking is a challenge and a way to make lasting, vivid memories, something which, in this current global environment can be hard to find.