In honour of Women’s Month we managed to secure a proper bike for our female readers. Giant’s female specific brand LIV was enjoyed and put through its paces recently. Here is what went down.

I rode the 2020 Giant LIV Pique 29 MTB as an experiment to get a feel for a bike brand I had never tried before. I was ultrainterested to demo the LIV specifically because of the fact that it has a ladies-specific design including a ladiesspecific saddle, one of the only bikes in SA at the moment that are designed with
female geometry in mind.

Dual-suspension, RockShox Recon RL 100mm on the front and RockShox Deluxe Select+ on the back makes this mountain bike a comfy ride on the trail. At first when I rode the bike, the more upright trail-orientated geometry took me by surprise and I was tentative on anything technical (I am a bit more used to an aggressive build) but after a bit of time on some singletrack, I felt genuinely safe in the capabilities
of both shocks to take hits from almost anything I rode over, so much so that I actually recorded some of my own PR’s down Tokai’s Vasbyt trail. The shocks on this bike can both lock out, allowing the bike to become equivalent to a hardtail for tar/ jeeptrack climbs. The lockouts are a bit awkward to reach in my opinion which made quickly adapting the bike from one terrain to another quite difficult. A handlebar lockout switch would make this capability of the bike a lot more seamless. 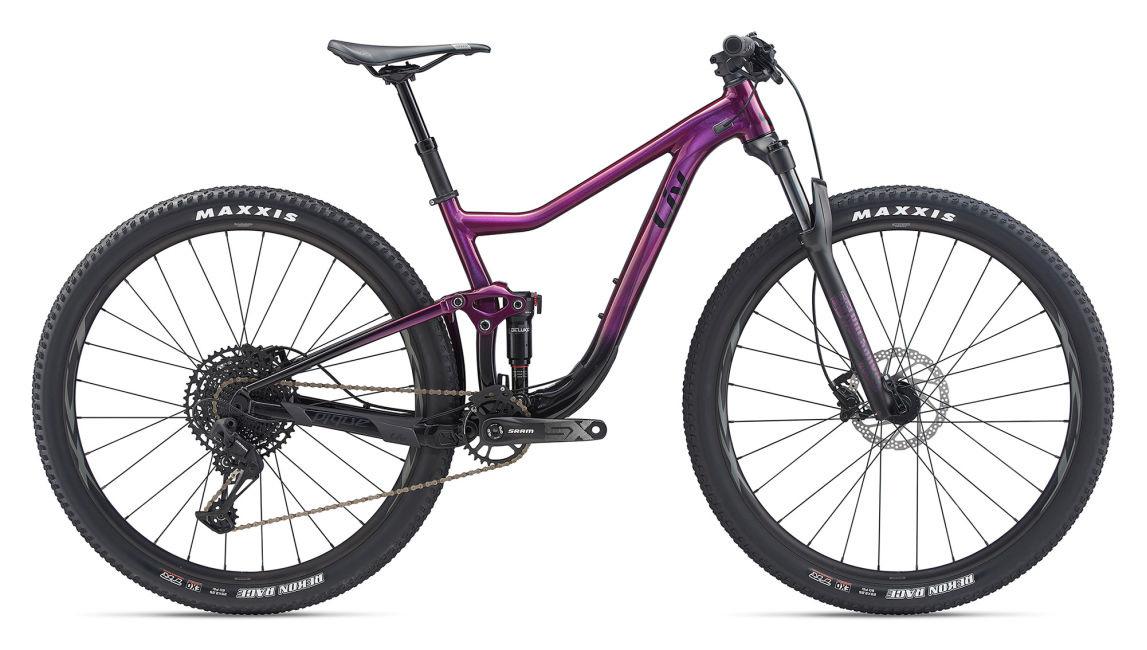 This bike has an aluminium frame although at first glance I never would have said so. The chameleon plum/ black colour of the frame is not just eye-catching, it’s beautiful. At first when I saw the colour of the bike, I was a bit dismayed … pink/purple is not really my vibe. However, the longer I spent with the bike, the more the colour grew on me.

The alloy frame, although attractive does come with one drawback for me … the weight. As a female cyclist who thrives on climbs, this is the first thing I notice when climbing on any bike. It wasn’t a massive negative for me, especially when I felt how the bike’s weight advantaged me on the descents, however I think personally a lighter bike on the uphills means more to me than shaving a few seconds off on the downhills.

One of the unique selling points of the bike is 100% the fact that it comes fitted with a dropper seat post. Admittedly I am not used to riding with one, however, I can see how for a slightly more nervous rider, this feature would help a load with confidence down anything steep and/or rocky. The dropper is super easy to use, allowing a girl to shift her weight further back on the bike without an obstruction and is a fun feature
for a fun bike. 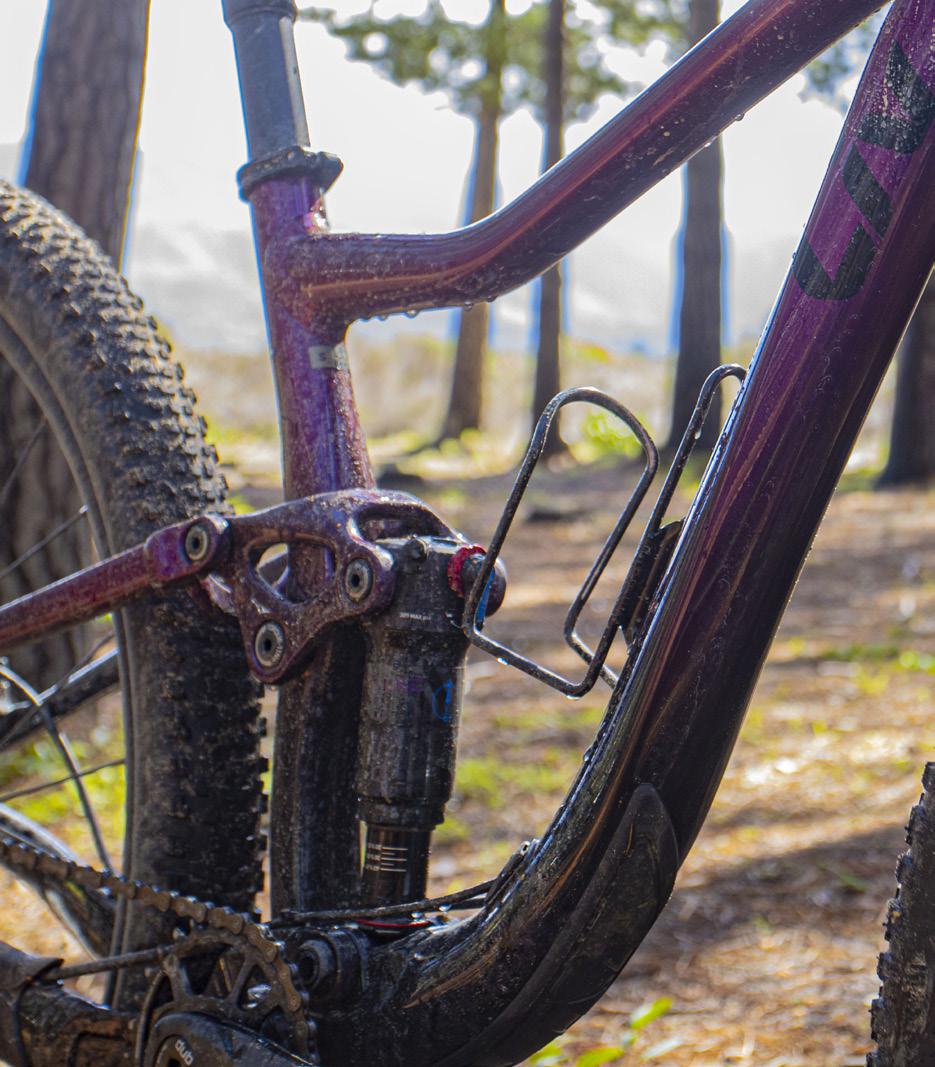 An advantage of this frame-build is the super low top-tube design. With females often being shorter than men, the fact that the top-tube dips a bit near the back means a lower stand over height. This helps when needing to put your foot down or climbing off the bike. It is a small detail but a detail that improves the usability of the product especially for shorter women. This, however, also results in a smaller frame
triangle which means … yes, only one bottle cage. Not a deal breaker but something to definitely consider if you are looking for a bike to take you on any endurance adventures.

This bike fits into the price category of a high quality entry level mountain bike. I would say that the target market for this bike is a female rider who wants to up her trail riding, while still keeping the element of safety and fun intact. The Pique comes with features that allow a rider to roll out of the bike shop and straight onto gnarly single track. These features include tubeless tyres, comfortable grips and a female-specific Liv-contact saddle. The only things that need to be added on further are pedals of the riders’ choice and a bottle cage and then you’re set to go. 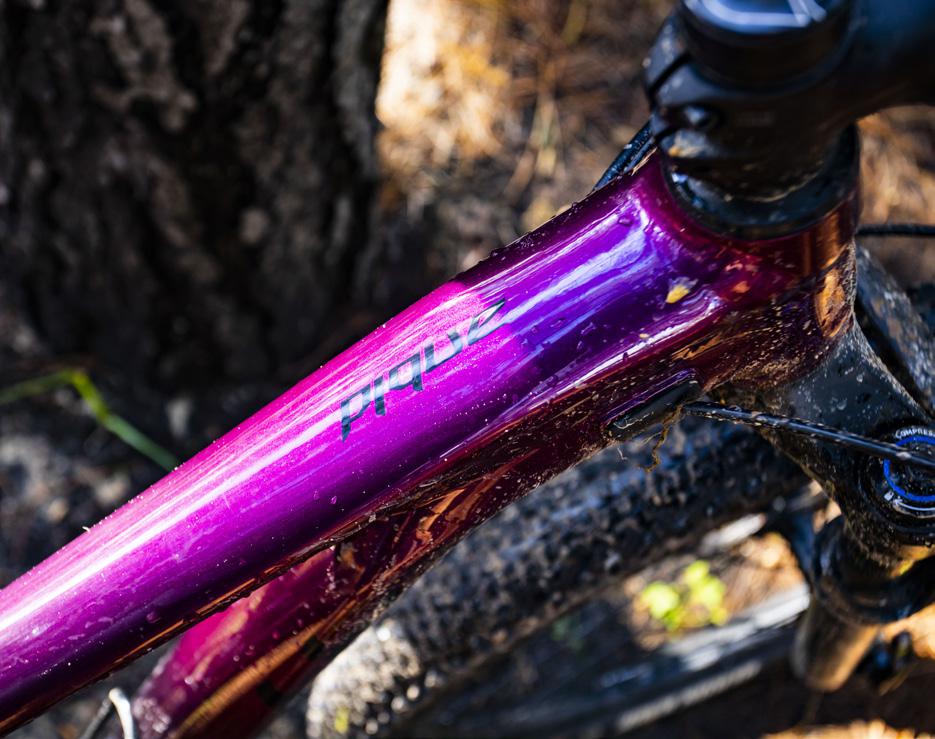 My overall impression of this bike is that it’s a great mountain bike for females keen on getting more comfortable on fun and slightly more advanced trails. The bike is more than capable to be ridden up and down almost anything. As a racing machine, I think a few adjustments would have to be made to some of the components to reap the most reward out of the bike.

For more info on this bike click here https://www.liv-cycling.com/za/pique-29-3