Words and Images by Ray Cox

In-house bike reviewer and videographer RAY COX gets up close and personal with the 2021 Cannondale Scalpel. There had been some clandestine moves to hide the new bike but we have finally managed to get our hands on one. Check out the video review and read Ray’s thoughts here. 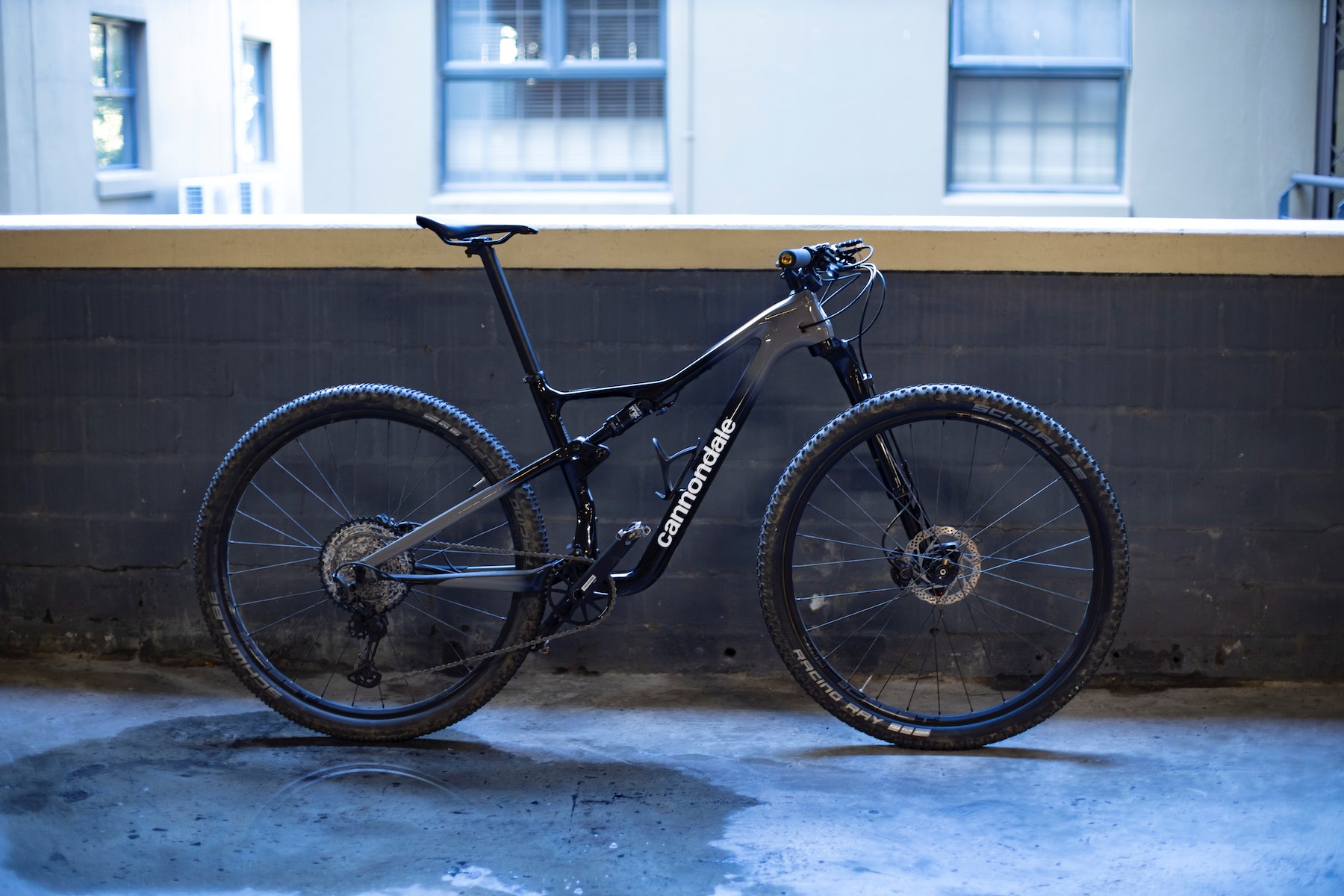 It’s 10 December 2019, I’m on a trail in Stellenbosch and I see a distant figure speeding towards me. The pilot of this bike was none other than a Cannondale Factory rider on a blank grey bike. As we know, that’s generally a prototype and I was quite surprised to see it and immediately noticed that the suspension pivots were different. Then three months later I’m at the Songo race and see Alex Howes on the same bike but in EF Education colours. Rumours were that this “new Bike” was launching at the Epic and of course we know what happened there. So approximately six months since I saw the Scalpel 2021 prior to the official launch, I finally got my hands on one.

Let’s take a quick run through the specs: 12-speed Shimano drivetrain which is reliable but not super flashy; the shifter and cassette are SLX, the rear derailleur is XT and the crankset is Cannondale’s Hollowgram 1 Cranks. So your drivetrain is bombproof! The bar and seat post are all aluminium. The saddle is the short-nosed Prologo Dimension NDR saddle – I find that you should point the nose down slightly for a better ride.

The suspension is the big shift from the old Scalpel. It has less pivots due to the FLEXSTAY at back that gives the bike a great climbing feel but no sacrifice on the downhill as the bigger bumps are taken care of by the
FOX DPS rear shock. The Lefty Ocho is up front and has so far proven to be a winner. 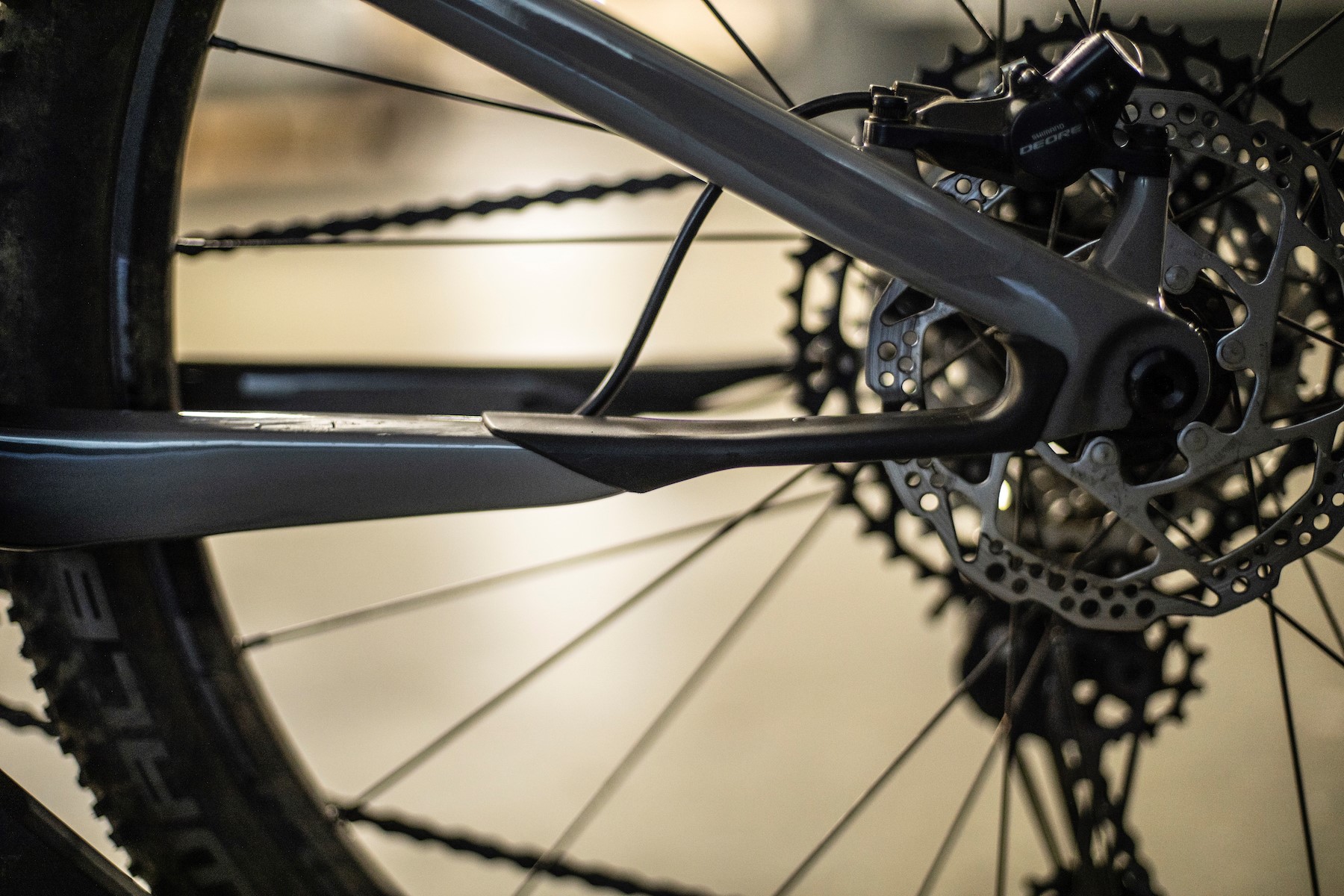 Pedalling to the top of Jonkers with the Scalpel 2021 I felt straight away that this bike climbs better than the older model. The whole rear triangle is solid at the BB and your main pivot is the junction point which results in a stiffer power transfer by the cranks. Going up the trail called Irish, which gets steep at the top with tricky, climbing switchbacks, the bike felt balanced with no understeer nor tipping over when almost
coming to a standstill while negotiating rocks. I never used the lock-out once with this bike as the Lefty and Fox combo are so well balanced with the factory recommended settings and the bike didn’t bob or lose
efficiency when pedalling. As we rode the contour before Red phoenix I didn’t know what to expect. The older Scalpel was like a pet snake, you just didn’t really know when it was going to bite you, but this Scalpel is so stable with the slacker head angle it felt like a Habit! So going full send was manageable; not once did I feel like the bike was out of control.

Testing this bike in Jonkershoek was amazing with a variety of trail and tough climbs with the reward of some of the world’s best downhills. Scalpel 2021 is a winner, the 3 model has huge potential, knowing that a set of carbon wheels will unlock that World Cup performance. This will have me saving for that first upgrade. This aside, the standard rig is still more than ready to be raced at your local XCO event or to tackle a multi-day stage race straight out the box.