The UCI XCO World Cup series is officially underway, and COACH BEN wants us all to watch the short-track
preludes to the main event.

The UCI XCO World Cup series is officially underway, and Southern Africa will be represented by some of our fastest mountain bikers across the different racing categories (Junior, u23 and Elite). Part of their battle – for some it will be a bigger battle than the race itself – will be qualifying; World Cup finishing position is partly determined by starting position. 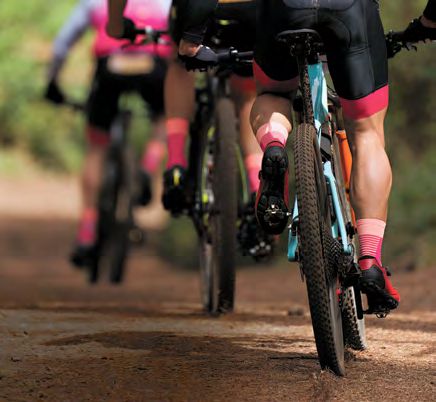 A critical part of top-level coaching is the development of skills such as starting fast and bike handling, which can often be as telling in a race as fitness and power. In 2018 the UCI introduced the short track race on the Friday before the Elite races on Sunday. The short track races should last around 25 minutes, and the results of the short track race are used to seed the riders for Sunday’s race.

A single lap of an XCO circuit will have a large amount of single track, which may make passing slower riders tricky. A riders’ starting position was previously determined by their UCI ranking. Starting toward the back of the field will result in an immediate disadvantage, compared to riders who start toward the front. World Cup start lists can be quite large with between 150 and 250 competitors lining up for a race. Riders who are technically less proficient may slow down their more skilled competitors, and this may cause
bottlenecks an delays, especially at the entry to the first section of single track.

This may be more relevant to mountain bikers in the u23 category due to the lack of a short track seeding
event. Junior competitors should aim to use races, both local and international, to gain race experience and develop their skills. Once riders reach the u23 racing category, lower ranked riders should amass as many UCI world ranking points as possible by focusing on lower level UCI races, as opposed to World Cup races alone. One such method is accumulating UCI points from National XCO Cup races and stage races. Talented, developing XCO racers should be patient and gradually increase their ranking over the competitive season, rather than expecting an instant increase in ranking position.