I started mountain biking 10 years ago now, which seems crazy but yes, 10 years! Boy how things have changed since then … 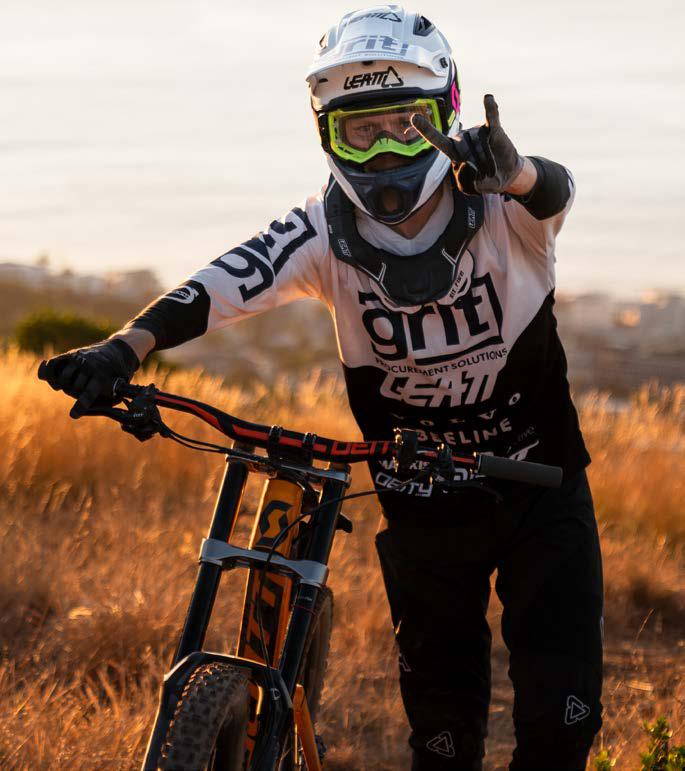 Firstly the bikes have changed so much, when I started everyone was on 26” wheels except for the odd 29” xc bike. We have now seen the industry go first to 27.5” and now 29” for pretty much all forms of riding. 26” is basically dead unless it’s for a kid’s bike. In the gravity scene flat pedals were on a lot of bikes back then and now almost nobody is running flats which is a shame really, for myself included. We were also running 9-speed shifting back then and now we have moved to 12-speed for xc and 7-speed for downhill. One by chain rings are another thing which has come along, back then all xc bikes were running a double chain ring in the front and now just a single with a narrow wide ring.

Another huge change is the fact that now we have enduro bikes which is growing massively. In 2010 it was either xc or dh which now has changed completely. Dropper posts are a big change too, I mean that was a game changer! Companies are going electronic with shifting and now even wireless which is just crazy. The carbon era has come along too with most bikes now being in carbon and even the whole dh scene has gone carbon. Wheel technology has changed, there are so many carbon wheel options now and rim width has tripled. There are now tyre inserts to help protect rims from damage and everyone is on tubeless basically. Next up, E-BIKES have popped up and man, have they taken over! That is the future in my option although normal bikes will always be around. I think that is the biggest development and definitely has given the sport a whole new feel attracting a new audience.

Bikes have grown massively in size in all disciplines. I mean my first dh bike is about 60mm shorter in reach than my current bike and my height has not changed. Handlebar width has grown too, especially in the xc
racing side; now it’s almost on par with the downhill bikes. Geometry has evolved hugely, my first downhill bike had a 65.5 deg head angle and now that’s steeper than my current enduro bike! Suspension has really made huge gains and the adjustability nowadays is just insane, plus almost everything is air-sprung instead of coil. This means the weight of bikes is now way less, particularly on the gravity side of things. My dh bike now weighs under 16kg and back then it was about 19kg which is significant.

I could go on for days about all of this but let’s now look at the sport as a whole. In 2010 there was cross country, downhill and four cross in the world cup circuit. This has now changed and four cross has split from the world cup scene and has shrunk a lot. There is now an enduro world series which is growing year by year. They have changed the rules so now riders can run mixed wheel sizes which is going to be big in the gravity scene. There are now Velosolutions pump tracks all over the world and there is a world championship for pump track. In terms of racing, the sport has become a lot more professional with teams investing a lot in big trucks, data acquisition equipment, track analysis and anything else to make the riders go faster. This has meant the field has tightened up and the time gaps are so tiny which makes for exciting racing. The tracks have gotten faster for downhill and more technical for cross country which means there are no more half measures. Everyone in the field is training hard these days, it’s too competitive not to.

For me, I like some of the changes but all in all I think all sports evolve and it’s just about keeping up with the times and embracing change. No point fighting it. I am super excited to go racing again this year even though I am not sure when that will be exactly due to the Covid-19 virus. I hope soon!