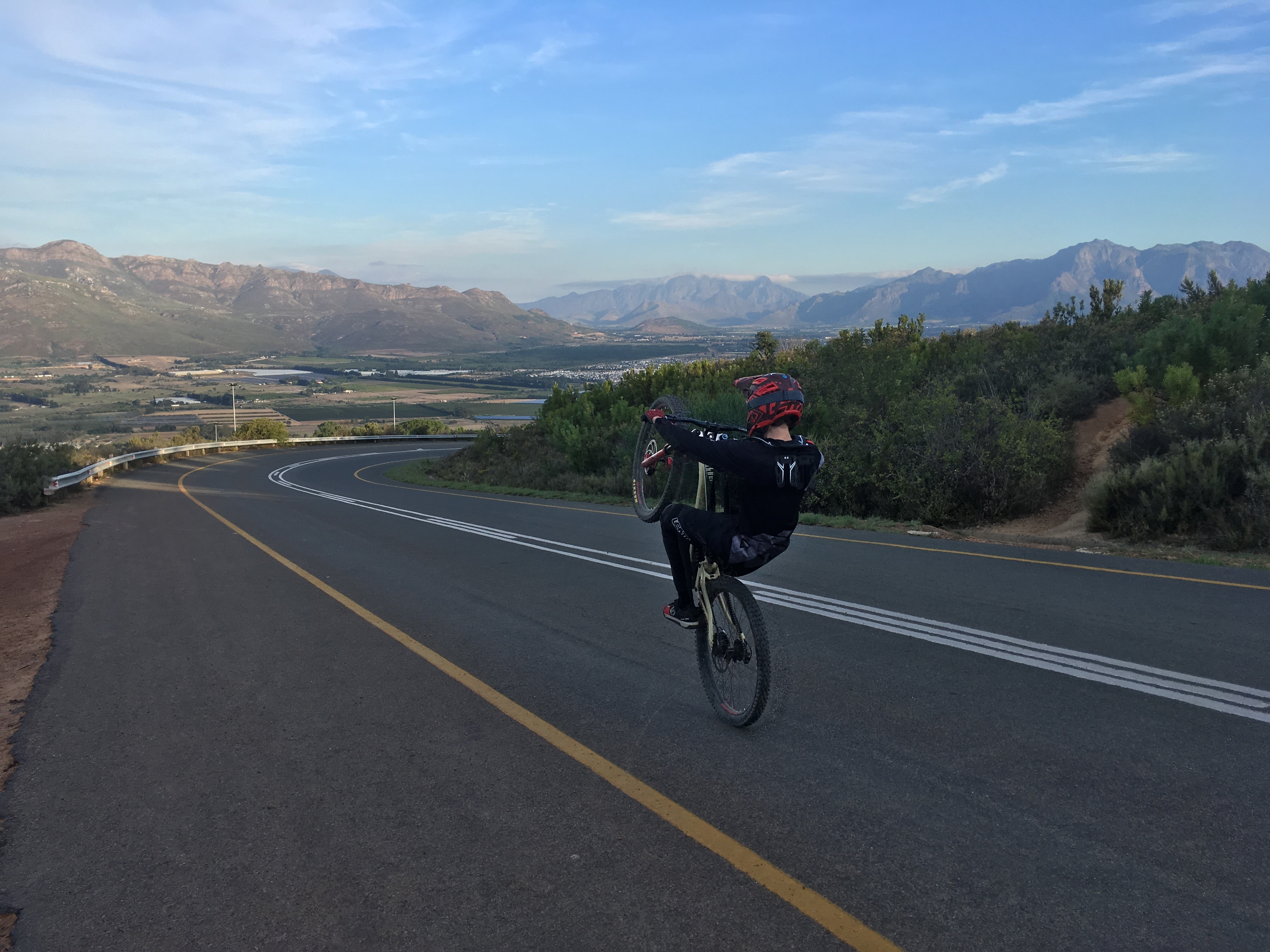 Coming into 2019 it was a little bit unknown what my plans would be BUT, I am ecstatic to say that I am back! I am back on a downhill bike after seven and a half months off. I saw the doctor last week and he gave me the all clear. The bone is not 100% healed but it’s already really strong and good enough to take some hits. I don’t think many people realised just how serious the injury was and how close it was to me never racing again. So needless to say I am super grateful to just be able to ride and race again. It feels like a second chance and I am not going to waste it!

I got my new steed last week and have ridden six times already and honestly feeling UNREAL on the bike. I
am blown away with how I feel on and off the bike. I obviously still need time to really get comfortable after almost eight months off and I am on the new bike which is completely different. I got the new Commencal Supreme 29ner, yes a 29ner DH bike! The bike is so different, it’s two sizes bigger, it’s got big wheels, I’m on different suspension and the wheelbase gets longer as the bike compresses. Lots of changes but I think I needed it and I needed a complete reset. Someone once told me that sometimes you need to cut a little piece of yourself off in order to grow. In my case I guess it was breaking my femur haha!

I tried going bigger a few times and just could never get comfy, but now I feel so good on the new bike which is way bigger! I think a serious injury can really get you to see a new perspective and get you out of your comfort zone. At least for me it was a big eye opener and forced me to question everything from my bike to my training and the rest of life in general.

I can honestly say that I am feeling better than ever mentally now and loving being back on the bike. I am
just so motivated to prove to myself what I believe I can do and now that I have the bike that I wanted I am all set! Something to note is that I am not sponsored by Commencal, I had to buy the bike and the reason being is that I wanted to be on that bike no matter what. I could have ridden for another brand, but I decided to try and get the bike I really wanted and believed it would take me to the next level. Time will tell if I am right or not, but I really think I am on the right track. As a “privateer” world cup racer I do not have a team backing me and thus I am at a huge disadvantage already. The team is like a Formula One setup with everything you could imagine so the riders just need to train and race. Everything is done for them which
makes it harder for us to compete but not impossible. So, I thought if I at least get the bike that can win, then that is one less thing to think about.

It may seem like a waste to some but at the top level it’s the split seconds that count. At this stage I jet off mid-April for some training in Europe and then back for SA champs at Contermans Kloof on 19 May. See you guys there!