The last few months have been a roller coaster for STEF GARLICKI, to say the least …

After a devastating injury in 2018 I was hoping that 2019 would be a year of redemption for me. I was hoping for a year to rebuild and get back to where I left off in 2017. Unfortunately things don’t always go to plan and this is the story of my season. 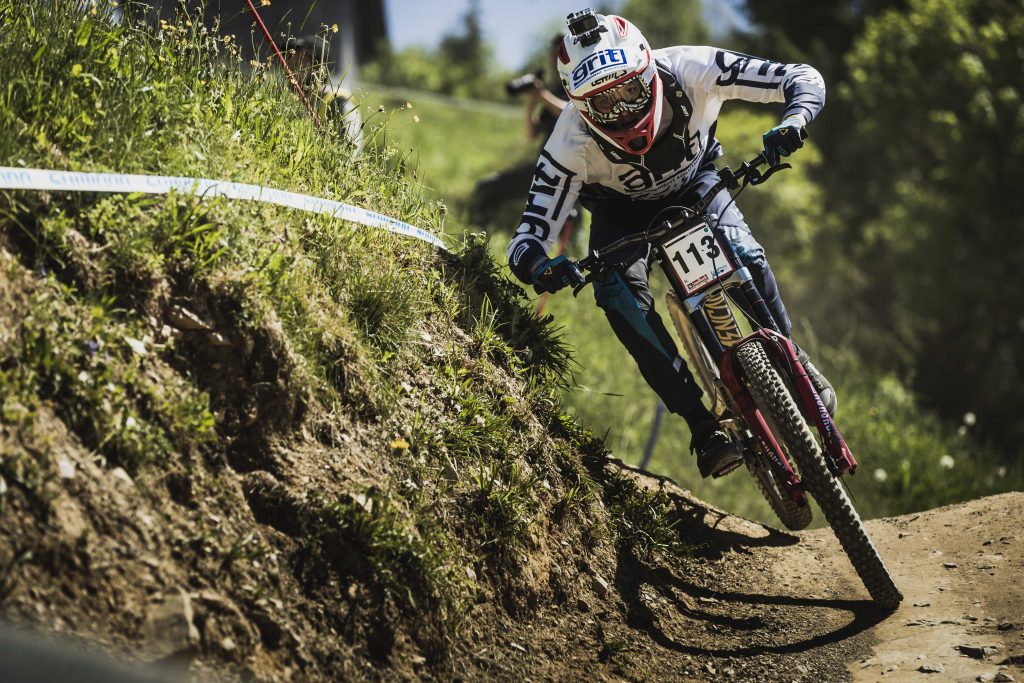 I got back on the bike in March. I was building up my fitness, speed and confidence. I was really starting to feel at home again and the plan was to go to Europe and do some training on some proper tracks. I went to Maribor where the first World Cup would be held, not to race but just to get some time on the bike and try and prepare myself as best I could to come back to racing.

Things then changed as national champs was moved to an earlier date and this was an important event for me to get UCI points and for me to be eligible to race the World Cup series. National champs would be my first race back and I only had about six weeks on the bike at that point. I got third place, with not the best run, but I was very happy to be back in the mix and prove that I was still a threat.

I headed back to Europe and drove straight to Scotland to Fort William to get in some good training before the World Cup. This was Round Two of the World Cup series; this would be my first World Cup back. I managed to get in a few days of good riding and then unfortunately had a very big crash which definitely knocked my confidence. This was not ideal leading into the event especially given the fact that I had just
come back from injury. I was very sore, but I managed to get myself in a condition where I could ride. I managed to do the practicing and actually felt really good but unfortunately in my qualifying run I just let the nerves get the better of me. I rode very tight and not relaxed as I think I just wanted it so much that I
actually made it harder for myself. I missed out on qualifying by three seconds.

This was not a lot on such a long track, but for me I knew that I that I had not done my best which was frustrating. However, at the same time it was amazing just to be back at a World Cup competing at the top level after all I had been through.

The next stop was Leogang in Austria the following weekend, which is a good track for me. I wouldn’t say it’s one of my favourite tracks to ride but in the past I’ve had good results there. The weather was great and
first day of practice was going really well until run five.

This was my first fast run of the weekend and I got about 30 seconds into the track when disaster struck. My left pedal unclipped for some reason just before the take off of a little jump and I ended up going over the handlebars in a big way. I was going quite fast at the time and unfortunately came down directly on my left hip. I knew immediately that something bad happened when I was lying on the ground as I couldn’t move and I couldn’t feel my foot. 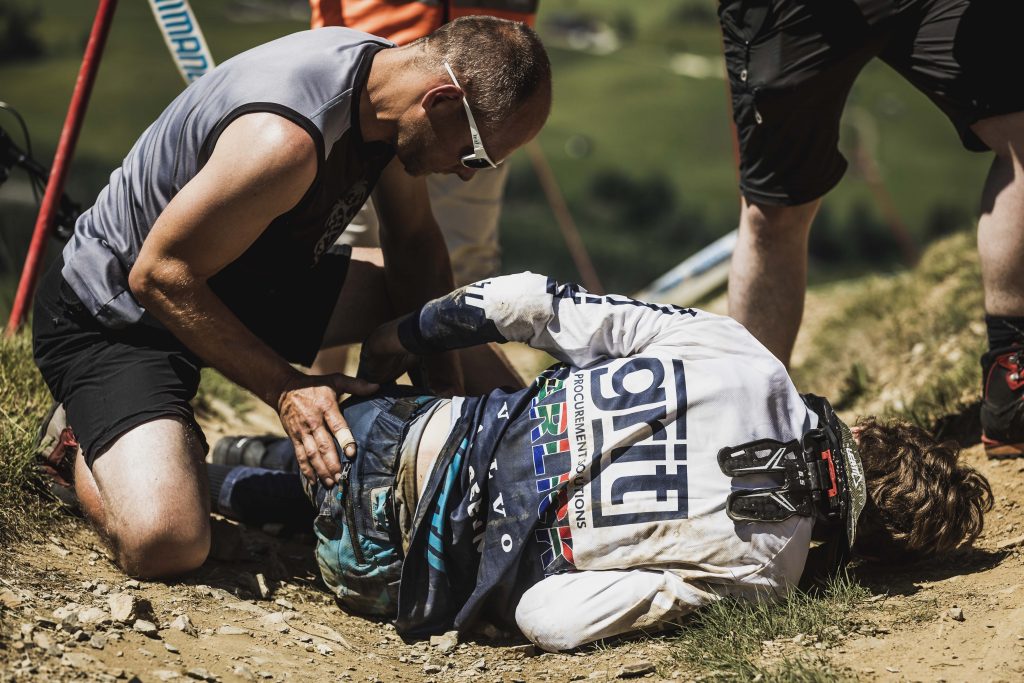 I was pretty sure that it was either broken or dislocated as it felt similar to the year prior. To say that I was devastated would be an understatement given the time frame and the fact that I had just come back. However, there was nothing I could do and I just had to deal with the situation.

I was airlifted to a hospital close by and then airlifted again to Salzburg where I would remain for the next 10 days and for surgery to repair the hip. After that I was taken to Munich and spent a few weeks recovering. Luckily, my girlfriend lives in Munich and was able to take care of me and definitely gave me something positive to think about during this time. 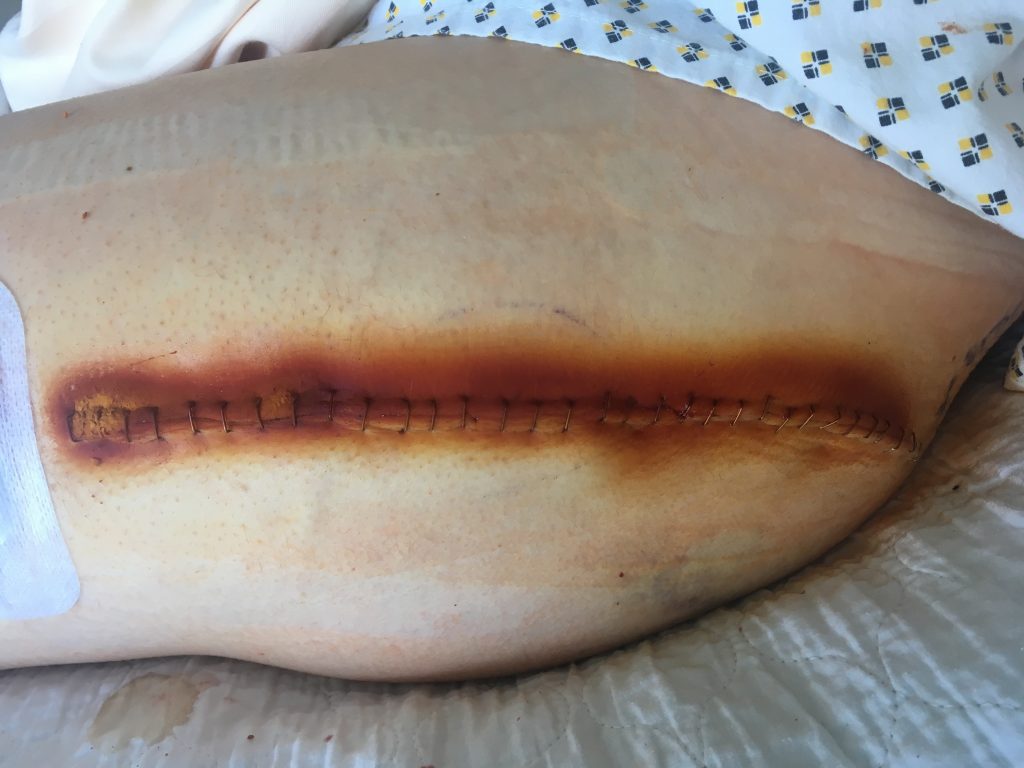 Life throws things at you sometimes that you don’t understand and sometimes there just really isn’t a reason. Things happen that you just can’t explain but honestly the only thing we can do is try to move forward the best way we can and focus on what’s in front of us. No matter how bad the situation is, it can always be worse so try to see the positives and just move forward.

I want to say a huge thanks to all my supporters and sponsors for backing me this year! I promise I will do the best I can to be back on my bike as soon as possible and do you guys proud!