The 2019 season begins to get rather real for our regular gravitydefier, STEF GARLICKI, as he heads North. 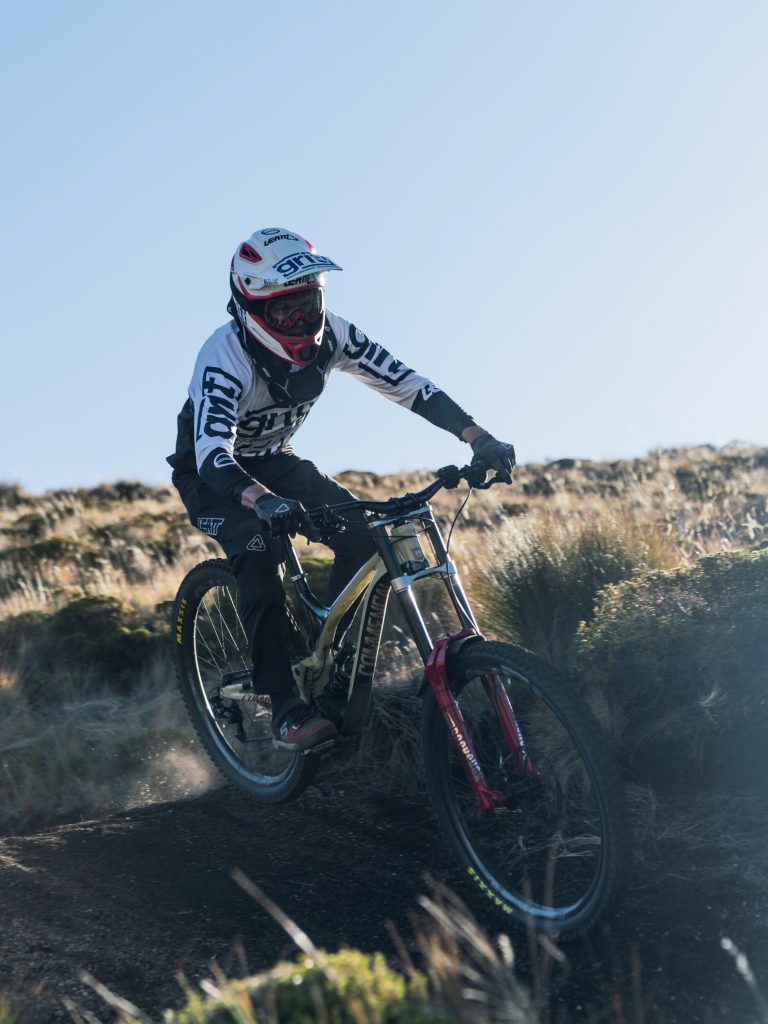 I am sitting in the Eurotunnel as I write this on the way over to the UK, and Fort William. It has been a hectic few weeks, including flying to Europe to sort out a van for the season, heading home to do National Champs in Lesotho, then back to Germany and finally (now) to Scotland.

National champs was my first race back and, to be honest, sooner than I was planning to race at all, but I needed UCI points and I was feeling pretty good, so I gave it a bash. The event was held in Lesotho, which is a bit odd as it’s the South African national champs? But, in any case, the venue is great at Afriski and the track was good too. The biggest challenge was the altitude at 3 200m which is three times higher than
Table Mountain, for some perspective.

I flew to Bloemfontein and was fortunate enough to have Volvo help me out with a vehicle for the week. I went up for the whole week to get in a bit more bike time and get used to the altitude as much as I could. I wanted to give myself the best chance that I could as it had been a long time since I raced.

I had a couple of good days riding on the track on the Wednesday and Thursday, and could take my time with everything. The conditions were tricky as it was so cold in Lesotho that the dirt froze over every morning which made things wet and slick for most of the day. This did get way better as more riders arrived, though, and some lines developed, but it was still freezing. When the weekend rolled around, I felt good and was keen to see how I would do after the injury and time off. I did not really know where I was,
speed wise.

Come race day we had to start practice super early; it was wet which made things tricky, however I knew it would be dry for the race runs and just used it as a sighting lap. We were to do two race runs, the first was a national and part of the SA Cup series. The second was the big one; national champs. I was not too concerned about the first one and wanted to make sure I saved some speed for the final run as it is a physical track. I ended up second,, just one second off Pottie who got the win. I did not pedal much in my run so I was confident I could step up come finals. I ended up going six seconds faster but unfortunately then Theo Erlangsen and Pottie both went faster too. I finished in third spot, 2.99 seconds off the win and only 0.4 seconds off second.

I was disappointed, for sure, as I made some crucial mistakes in my run and felt that I did not risk enough in the end. However having said that, to come third against Pottie and Theo, who are in great form and have been riding and healthy for the last nine months, is an awesome comeback for me.

I don’t think many people really knew how serious the injury was last year but it was touch-and-go whether I would ever race again. I mean, I was not even walking for almost five months, then it was rehab for months and I only got onto a DH bike six weeks before nationals. Plus, I got onto a new bike which was completely different from what I had been riding for five years. So there is a lot of room for improvement, and this has given me a load of confidence.

This feels like a second chance and I am so thankful to still have this opportunity. I am going to do everything possible to make this count and get to the very top. Next stop, the Fort William World Cup. Let’s do this!