FODMAPS might be a funny sounding acronym but bloating, cramping, constipation, diarrhea and pain are no laughing matter. ADRIAN PENZHORN digs a little deeper. 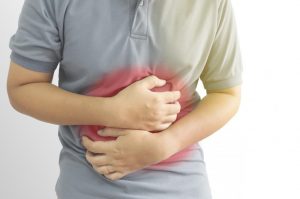 Fermentable Oligosaccharides, Disaccharides, Monosaccharides and Polyols is what the term stands for; essentially a group of undigested carbohydrates that produce gas after fermentation by gut bacteria, leading to the irritable bowel-like symptoms and exerciseassociated gut problems. Often the athlete concerned about allergies to gluten or dairy turns out to be intolerant to one of these carbohydrates.

These foods, if undigested and mal-absorbed, cause water to move into the small intestine resulting in diarrhea, or as they move into the large intestine they act as a food source for bacteria living there which, after fermentation, results in an increased amount of gas being produced and subsequently bloating, distension, flatulence, pain or constipation.

After screening for diets high in these foods and making the necessary adjustments, the improvements are often quite real and noticeable. These foods also suggest an alternative reason why anyone who has cut out wheat or dairy finds relief while not actually being allergic to these foods. Having a FODMAP intolerance is not an allergy and in the case of wheat it is not the gluten but the carbohydrate (fructan) content that is the issue.

If you struggle with gut related symptoms it may be worth creating a food diary to see whether there are typical foods associated with your symptoms. An elimination diet for 4-6 weeks with a gradual reintroduction of foods may be needed, but these are very restrictive best done under the care of a practitioner. As a simple first-line strategy, you may simply need to limit one or two main contributing foods and add a source of probiotic to your diet. You can also try using peppermint oil to alleviate symptoms. MONASH University have developed a great app that can help you on your journey, too.

If small intestinal bacterial overgrowth (SIBO) is a concern then a short course of antibiotics can be discussed with your doctor after evaluation and diagnosis. SIBO is a related but separate disorder where
bacteria which should be limited to the large intestine proliferates in the small intestine leading to similar
symptoms which are felt immediately after eating any food, not just these FODMAPS, and occurs much
quicker. Sugars and fats are also usually poorly tolerated and there may be signs of fat malabsorption in foul smelling, oily stools.

A key element to following a low-FODMAP diet is that there is also an apparent dose-response interaction. This means that you might be able to get away with eating all these foods after reintroduction, provided that your total intake of FODMAP rich foods is still low. You should be able to learn fairly quickly how much of certain foods you can tolerate. Bear in mind that multiple foods in one meal will add to your FODMAP dose.

If you see little or no benefit after adjusting these dietary components, there may be something more to your concerns. Other lifestyle factors that should not be ignored include stress, weight, smoking and alcohol intake. Food allergies, such as gluten in celiac disease, have a low threshold and any amount will trigger a reaction. Obstructions or inflammation in the bowels may need to be ruled out too and so consulting with your doctor is necessary.