Helmets are acknowledged as the most important safety gear a cyclist can wear. Shayne Dowling takes a look at the history and development of lids. 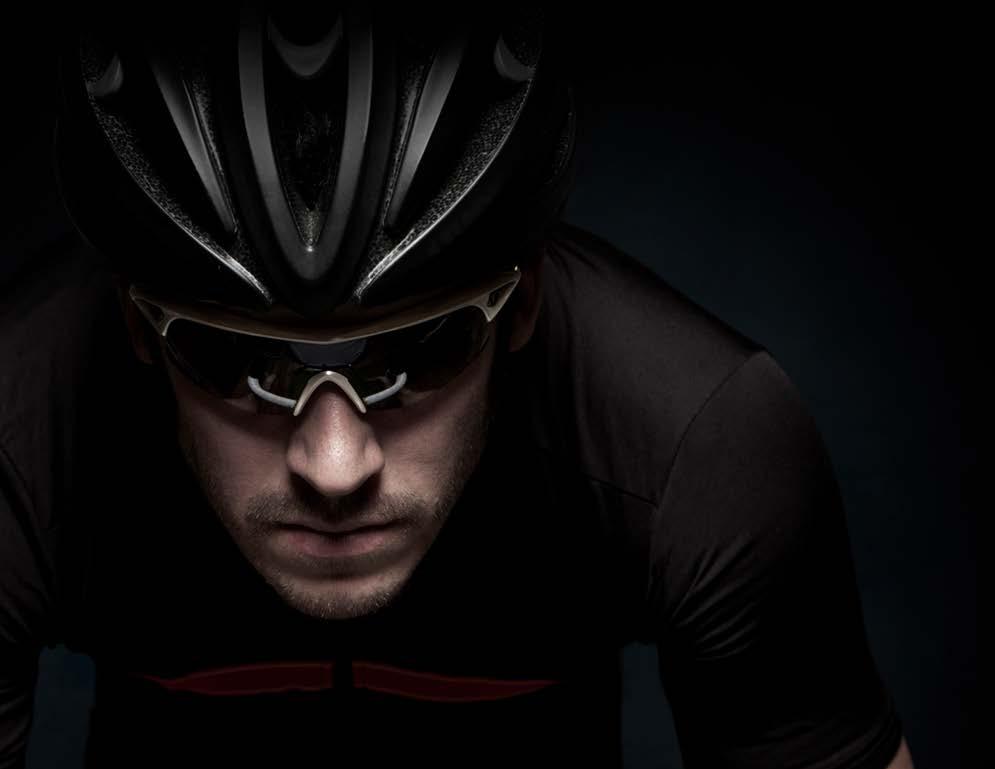 We take a lot for granted nowadays, however I am sure the current worldwide pandemic and consequent lockdown has put a lot of things into perspective. It has certainly made me appreciate how lucky we are and also how much we love our chosen recreation and sport. That said I can’t wait to put my helmet on again, which got me thinking … How did we get to the modern helmet? After some digging I can quite convincingly say we have vastly improved what is your most important safety item to almost futuristic levels – there is even an airbag for commuter riders! I kid you not – check out this vid.

But let’s go back a bit – well quite a bit. When initial large wheel – think Penny Farthing large – riders found themselves falling on ever more available hard surface roads, head injuries were quite prevalent and so helmets made from a pliable yet tough plant fibre became the norm – referred to as pith helmets (like the safari ones), the helmets were for one fall only (although this hasn’t really changed) and were obviously very rudimentary. Then in the early 1900’s cycling became more popular, it quickly became apparent that most injuries where to the head and a little more effort was put into lids – not much mind you; solid helmets with
leather padded rims that had a few holes drilled into it that eventually (from the early 60’s) became leather padded strip helmets commonly referred to as “hairnets”. While a lot cooler and not in any way compulsory in organised cycling events, they never offered much in the way of protection (other than to one’s ears as you slid across the tarmac). The more cautious cyclists actually started using pretty much anything that they thought may protect their pip – hockey helmets and even helmets developed for motorbikes – these
proved heavy and really hot as they had no ventilation to speak of. 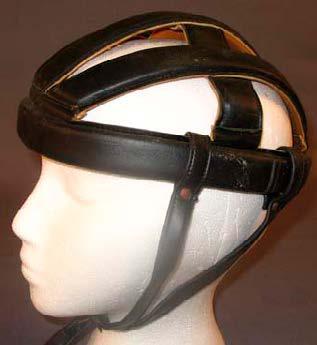 After the death of racing driver William “Pete” Snell when his helmet failed to save him, the Snell Memorial Foundation was formed in 1957. Research, testing and setting standards is to this day performed by the
Foundation. Though not without criticism, the Snell Memorial Foundation ensured that the helmet was at least afforded much needed research and development which of course led to huge improvements in helmets of all sports – it was largely their standard used until the late 90’s. In 1975, Bell Sports was the first commercial brand to introduce a cycling helmet proper, the Bell Biker , a hard outside layer and polystyrene inner was widely used and copied by many brands for years. Research after the late 1990’s however showed that the hard helmet specs promoted by the Snell Foundation had all but vanished (think skateboard helmets – they are pretty much all that remain out of their early recommendations, specifically for cycling) and the new era standards set by the American National Standards Institute (ANSI) were adopted in some form or another globally.

Back to the lids … unbelievably it wasn’t until the death of Andre Kivilev in the 2003 Paris-Nice road race that helmet use was made compulsory by the (Union Cycliste Internationale) in all sanctioned events.
Ironically it was at the same race in 1991 that the UCI had tried to enforce helmets but it led to a riders’ strike and so was abandoned. Besides the requirement in events, which has crossed disciplines and is now standard at all events, the threat of lawsuits has ensured that all events maintain this as a minimum standard.

While many studies have been performed that unequivocally prove that helmets have a huge influence in the prevention of head injuries a study done in 2003 showed that most (96%) of children and adolescents wear their helmets incorrectly fitted, this nullifies the efficacy of the helmet and can lead to aggravated head injuries: https://pubmed.ncbi.nlm.nih.gov/12897281/. The point here is that it doesn’t help paying for the best possible helmet and then wear it incorrectly.

So let’s look at some of the latter year helmets. Despite there being fairly conclusive evidence that round helmets offer the most protection, the shape naturally causes slide and not having any hard or shaped edges don’t provide any grip for catching and so jerking the neck. This however is not necessarily the coolest – temperature and looks wise. The “aero” look quickly overtook the round shape, vents have been added in a more or lesser amount depending on the type of helmet – think the larger surface area of the trail helmet with its longer sides and less vents vs most other helmets that are more of an “on top” helmet with much more ventilation. Aerodynamics, unless on time trails or at high speeds, doesn’t really come into play at the speeds most cyclists ride at. The smoother, rounded helmets have made a reappearance, albeit as a “hybrid” of ventilation and smooth surfaces, these are potentially the safer option from a sliding resistance perspective.

Quite evident is that the helmet has developed far more in the last two decades than ever before. New materials and manufacturing methods have meant that more ideas can be produced and tested. Helmets of all shapes and sizes, claiming all sorts of ingenious concepts are available – conforming to required standards to a lesser or more degree. What is unequivocal is that a lid is undoubtedly your most important piece of safety equipment. Don’t get on your bike, even to pop down the road to get a loaf of bread! It’s not worth it! 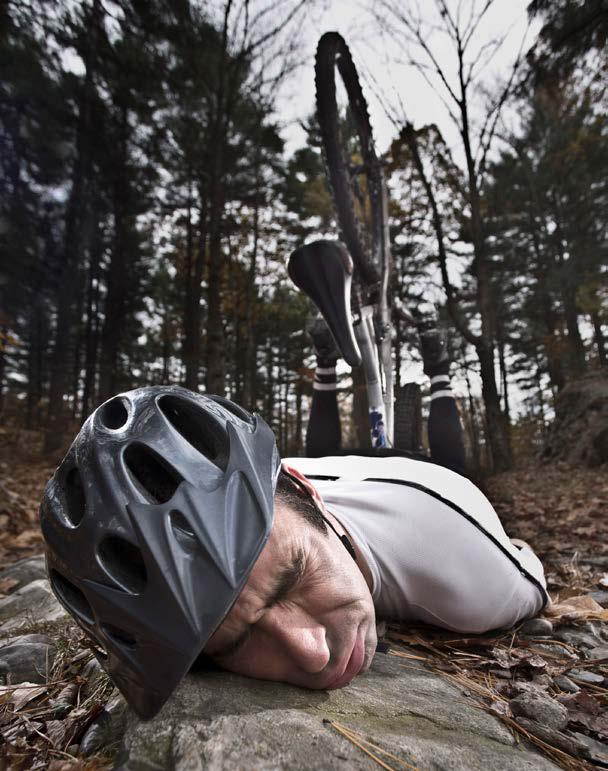