Words and Images by: Rob Vogel

I am “feeding the monster” and there is no end in sight. I am a passionate mountain biker and that passion is the reason I can’t help myself.

About 10 years ago I made a choice to get off my butt and help rather than complain and snipe from the side-lines. There was a security problem on Table Mountain and cyclists were being attacked and robbed by criminals. Cyclists, runners and hikers were leaving the mountain, no longer feeling safe and not trusting the authorities to find a lasting solution.

I had no idea what I was letting myself in for and I didn’t see the monster yet. It was still tiny, probably hiding somewhere among the proteas. I wanted a mountain that was safe for my family, a selfish goal you might say. But, if the mountain were safe enough for my family, it would be safe for yours too. I wasn’t thinking bigger picture, just trying to address one specific problem.

How could I make a difference? I wasn’t a trained ninja, nor did I own a security company. I chose signage and information. Mark the tracks with a location and an emergency number at strategic locations. Inform the public about the crime situation and encourage them to claim the mountain and not give in to the criminals. My initiative was born.

I finally had a reason to use the name that had been rolling around in the back of my mind for some time. The name I felt was catchy and would immediately tell you what the initiative was all about. (Table Mountain Bikers – ed) A friend designed a cool logo and I was set to send a brief to the signage company.

Those little information boards were easy to get into the ground. I didn’t need to jump through any major hoops to do it. Everyone was desperate for solutions to the crime and so I had free reign of the tracks below Table Mountain. That’s how it all started.

A subsequent awareness ride led to exactly that, awareness among mountain bikers that there was some kind of early stage initiative on the go that one could get behind. Not many had the time to help, but were happy to make a financial donation to keep the momentum going. The monster peeked out from behind
the Proteas. 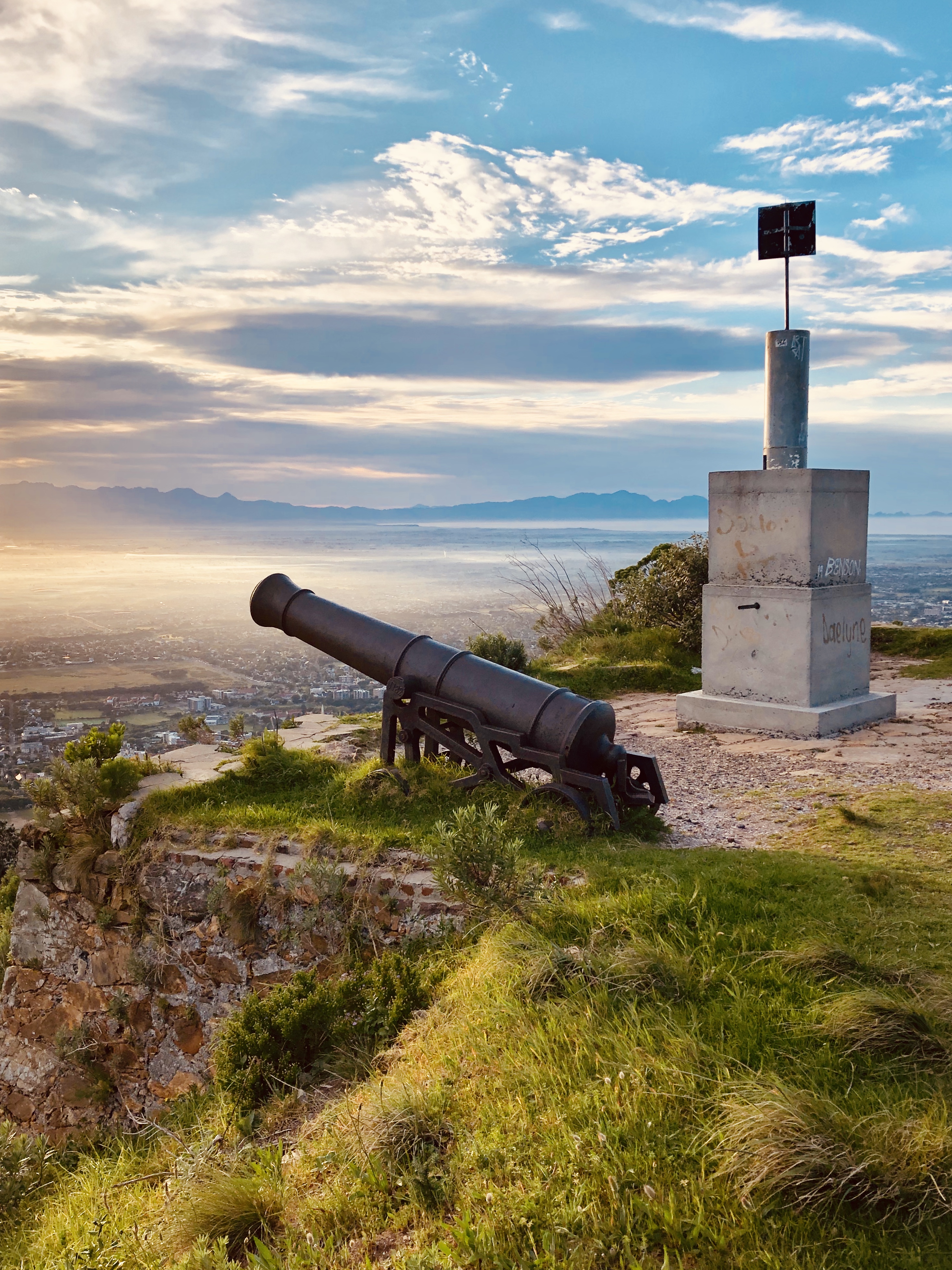 Safety signage quickly turned into a desire to make the then legal cycling routes navigable with directional arrows and a trail map. That’s where the monster stepped into full view for the first time. You’ve probably figured out whom the monster represents in this story, but it’s not always about who the monster is, but also about what the monster represents. In a recent newsletter to the members of my 10-year-old initiative, I spoke about the frustrations one goes through when the benefits of a proposal seem so obviously positive and beneficial, but the recipient just doesn’t see it.

As privateers, we have been investing our time and hard-earned money into the maintenance of the cycling trail network that exists in Table Mountain National Park. We have helped with safety initiatives, disseminating of information, tracking of criminals, eradication of alien vegetation and even paying consultants for the revision of documents that govern the use of bicycles in the park. You name it; we have gotten our hands dirty and helped.

Those of us that have a passion for cycling on the mountain, have created an asset for the park that cyclists pay money to use. We maintain it at our expense. We live in hope that we will eventually reach a more equitable partnership with SANParks, where give and take works for both sides. It doesn’t even have to be money. Access to more land to build trails or even just access to an existing footpath for cyclists is currency we will gladly accept.

Not only did the devastating fires of 2015 lay large swathes of the park to waste, they also laid bare the kind of financial investment it would take to re-open the mountain trails, most notably the trails in Upper Tokai. The cycling community was confronted with a number and had to find it somewhere to get the trails rebuilt.

From this point on it becomes quite easy to quantify the costs involved. SANParks grabbed the opportunity to ask the MTB community to revise the Environmental Management Programme (EMP) that governs cycling in the park. This cost R220 000.

There was an expectation that after the pines burnt down and the concessionaire removed the remainder, there would be a mass explosion of fynbos sprouting up among the ashes. In anticipation of this event, SANParks requested that the MTB community fund a ground study in Tokai to assess whether trails could be rebuilt or re-aligned. At a cost of R30 000 the cycling community funded the study. What came up out of the ground wasn’t quite what was hoped for, but that’s a whole other story.

Next came the cost of rebuilding the trails. That cost R150 000 and was also paid for by the cycling community. Then came the issue of public indemnity and security patrols, which had been the ambit of SANParks before the fires, but now became the responsibility of the mountain bikers.

We were so desperate to get “our” trails back after over two years of closure that we got that one sorted out too. Security is an on going expense to this day.

This was another one of those moments where passion blinded us and we dug deeper into our pockets. Should we have stepped back and said, hang on a minute. Isn’t this enough? 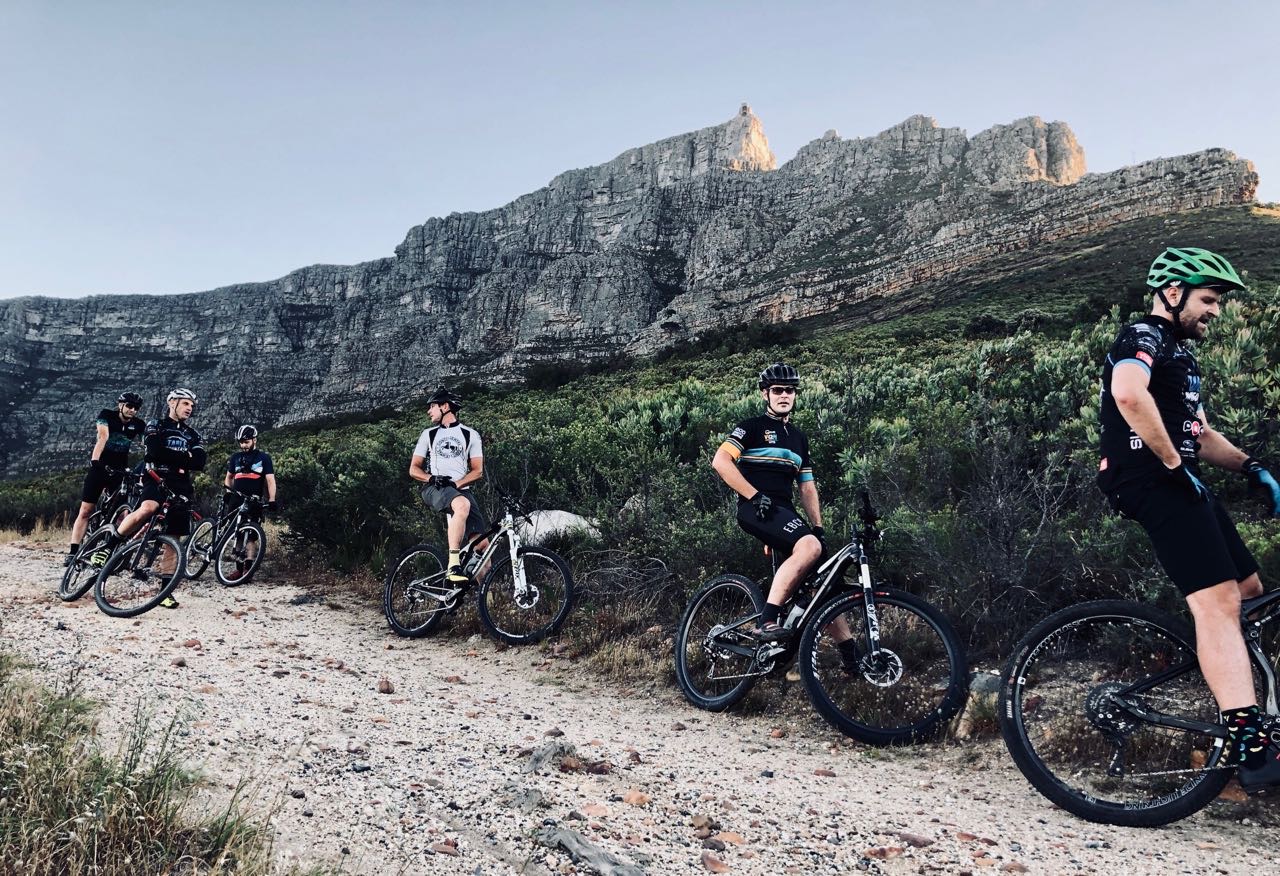 We kept feeding the monster. A monster that was not making any concessions, just saying, you can have it, but you’re paying for it.

I must add at this point, after three years of revising the EMP, SANParks had approved some additional footpaths that were now open to cyclists. With some very low-key fanfare, the new trails were officially opened on 1 December 2016.

As part of this concession from SANParks, the Kirstenbosch Botanical Gardens opened a transit route that was desperately needed to connect Newlands forest and Rhodes Memorial and Cecilia Forest , which connected further to the Constantia Greenbelts and ultimately to Tokai. The discussions with Kirstenbosch
were efficient and fast. The curator at the time, Philip le Roux , as a passionate cyclist, saw the benefits and motivated for the opening of a cycling route to his executive committee. The decision came back in a matter of a month or so and Philip established the route as we use it today.

Since his untimely death last year, the trail is a lasting legacy to his passion and open-mindedness. The new curator has embraced the existing relationship with the cyclists and has committed to honouring the handshake agreements we had with Philip. We invest time and money in the Kirstenbosch corridor with pleasure, because we feel appreciated and supported. Moving down the mountain chain to Tokai, trail rebuilding after the fires had stagnated, due to a lack of appetite by privateers to invest there. Some new, energetic individuals came along and kickstarted the process and plans started falling into place again. The goals were ambitious, but they are currently all on track to being met. The local community around Tokai is growing and there is momentum and energy that needs to be harnessed in a constructive manner.