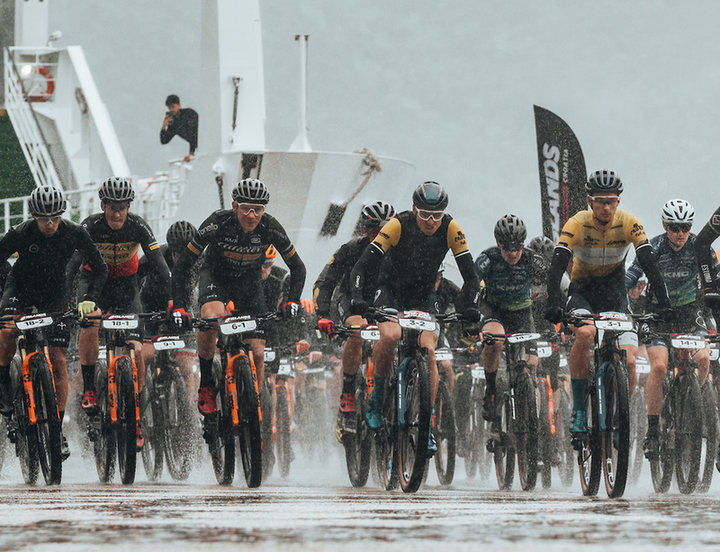 With Stage 3 being the Queen Stage of the event, it was always going to be the most demanding stage of the race. Add in relentless overnight rain and a forecast that wasn’t favourable to any riders who prefer fair weather, and you have a recipe for a day that’ll live in memories forever.

Before the stage could begin, the second ferry trip was required, from Rab to Cres. And it rained all the way; so much so that the organisers were forced to shorten the stage due to flooding (I don’t think any of us were complaining as a shorter stage meant less time in the rain and less $$ to be spent with the Masquebici mechanics after the stage).

New distance: 60km. Much more palatable given the circumstances.

Stage 3 began from the hull of the ferry, as it did on Stage 2, and we immediately climbed 300 metres in the first two kilometres. It was tough, especially as freezing fingers fumbled over shifts and my brain was reminding me of how much drier and warmer it was in the ferry. But we made it to the top and into the remainder of the stage we raced.

While the initial disdain towards the rain had us starting the stage on a bit of a negative, that quickly turned into a sense of adventure as every team was dealing with the same issue and the general feeling was that the stage was somewhat romantic as we explored the Croatian wilderness, laughing, slipping, sliding, and making memories along the way.

The finish of the stage was something that’ll remain with me forever. We entered the town of Osor, with its population of 60, and raced through the extremely tight streets towards the humming of the race village. One final turn and we crossed the finish in the town square and that’s where we remained for the afternoon as the sun broke through the clouds, the rain dissipated, and the beers flowed.

It’s amazing what the sun did for the entire atmosphere of the race after many hours of downpour. With full stomachs, and eyelids drooping closed, we hopped onto the bus and were transported to our final hotel on the Island of Lošinj.

Four down, one to go. And the sun was set to stick around for the final stage. 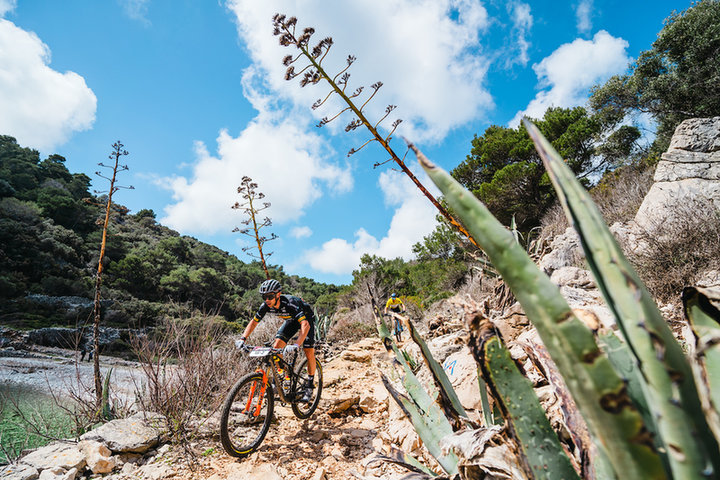 The setting of Stage 4’s start was Mali Lošinj’s port and it reminded me of a movie scene as the port hummed with activity as 400+ riders milled about, ventured into the local coffee shops, explored the side streets, and shared their stories of the previous four days and what they expected the final day to hold.

Most of the chatter related to the profile and the one dreaded climb that had been rumoured to top out at around 28% (we found out later that this was no rumour).

11:00 arrived and off we shot, racing through the port and along the coastline before heading inland and up the first climb of the day. The sun was shining, the gradient was moderate, and the pace was pleasant. Once over the first bump, we began the descent towards the far end of the island, but in the distance we spotted something that threw us a little… the pro teams racing back in our general direction from the top of a VERY big hill… it appeared that the morning’s rumblings were, in fact, truth rather than fiction.

But before we tackled that climb there were some rocks to deal with. Some doesn’t quite cover it. They were everywhere! As we skittered across the trails, it sounded as if millions of glass bottles were rattling together and every now and then one of the rocks would jump up from a wheel and hit a pedal or your frame – a sound every mountain biker knows and dreads. After one such clash of rock on carbon, I quickly dismounted for a check as my brain was telling me that’s the end of my frame. Fortunately it was nothing more than a small scratch; on we soldiered.

Then it arrived. The climb behind the naming of the stage (Push Your Limits). We couldn’t even see the top. One of the Saffas riding near me let out an “Oh F*k” and quickly shifted into granny gear. I couldn’t help but laugh. Then I followed suite and the grind began. It was steep and it was tough, but it was rideable. A quick high five then droppers down and the sending began. First on tar, then onto an ancient trail that went on forever; over rocks, through forests, and down into a seaside town.

The final kilometres of the race skirted the seaside as we ventured through towns, waved at spectators, soaked in the sun and views and really appreciated the fact that we were racing our bikes on an island in Croatia. The finish line approached, in Mali Lošinj’s port and we rolled across the lines, smiles spread wide as crowds cheered, music blasted, and celebratory beers flowed. We had done it!

The only thing left to do was to cap it all off with a dive into the Adriatic Sea!