54-year-old international speaker, Grant Lottering, shows no signs of slowing down as he conquers Southern California in a solo 986km, 51-hour and 40min cycle from Shaver Lake in the Sierra Nevada Mountains to Big Bear Lake north of Los Angeles in aid of charity.

On Wednesday, 1 June, the Laureus Sport for Good Ambassador set off from the picturesque Shaver Lake in the Sierra National Forest in central California on a gruelling solo non-stop ride of 986km, climbing more than 18 000m over 16 mountains, reaching the village of Big Bear Lake, north of Los Angeles, after three days and nights of continuous cycling. 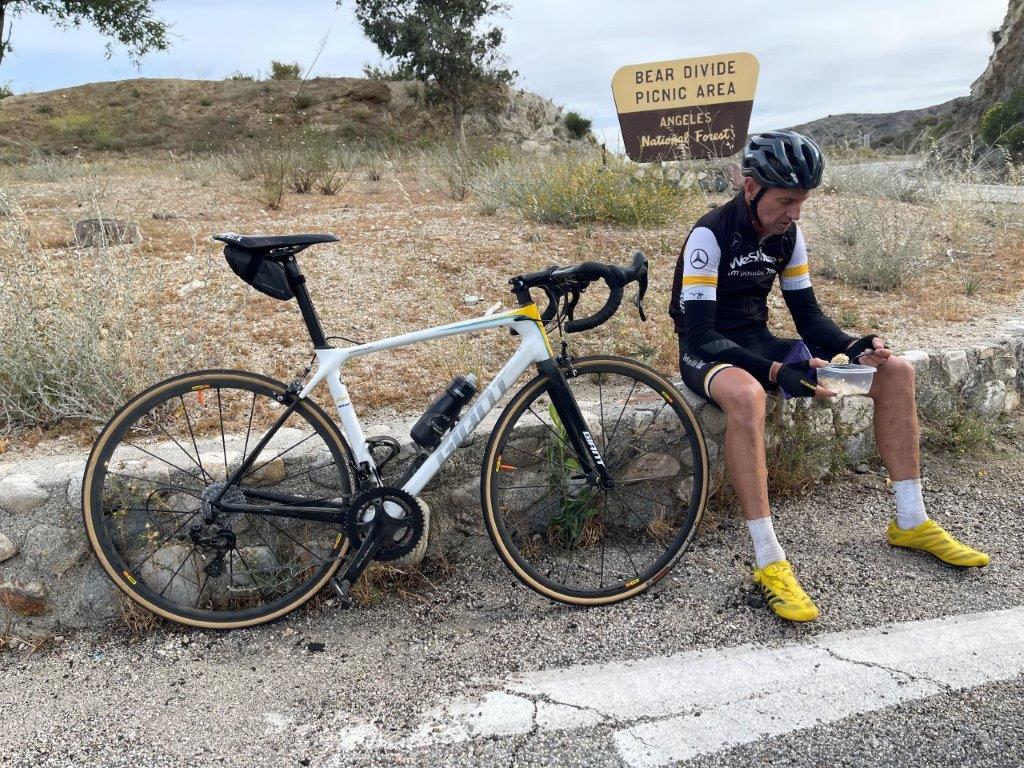 Dubbed The US Im’possible Tour, this was Lottering’s first ultra-endurance fundraising ride in the States in aid of The Laureus Sport for Good Foundation USA. Sponsored by UHSM Health Share and Mercedes-Benz Vans, Lottering and his support team made their way through the Sierra and Sequoia National Forests, along the Santa Ynez Mountains set in the backdrop of Santa Barbara and then through the Ventura and Los Angeles Counties. He continued along the rugged peaks and mountain forests of the San Bernardino Mountain range and on to Lake Arrowhead, known as ‘The Alps of Southern California’. He finally reached Big Bear Lake early on Saturday morning, 4 June, with a total ride time of 51 hours, 40 minutes which included only two hours and 45 minutes of sleep.

Taking on a challenge of this nature is nothing new to Lottering, and he has repeatedly demonstrated perseverance in the face of adversity. Lottering founded the first of his annual Im’possible Tours in 2013 after suffering a near-fatal accident during a world championship preparation race in Trento, Italy. Only 11 months later, after six surgeries and close to 100 rehabilitation sessions, Lottering was back on the bike for the first Im’possible Tour in 2014. 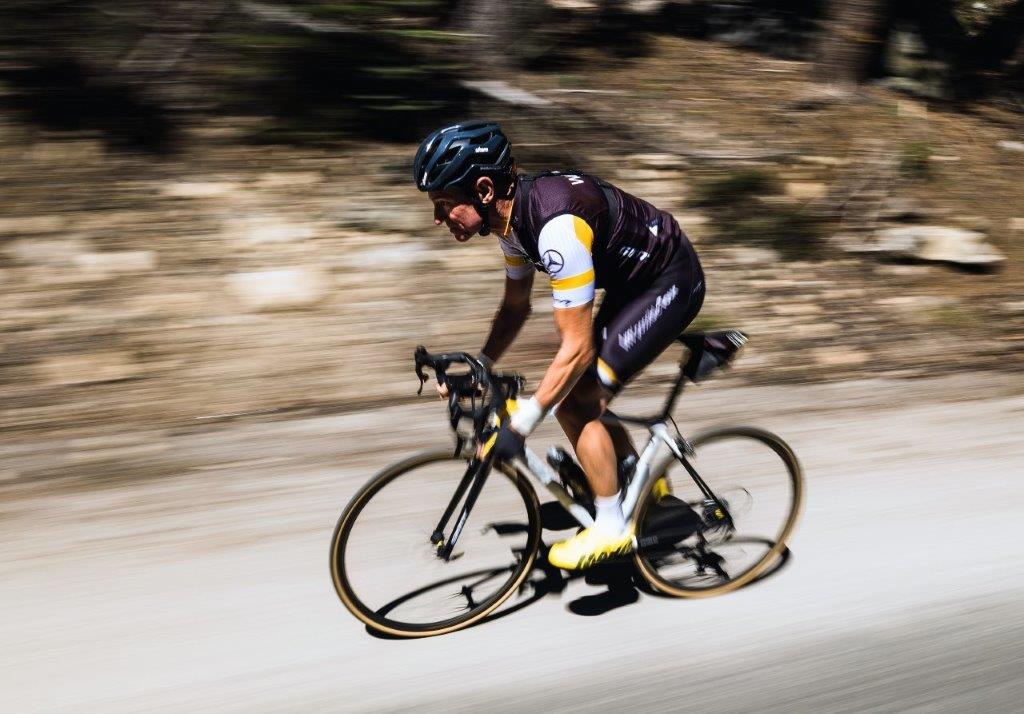 The second Im’possible Tour took place in 2015. Lottering became the first South African to complete a solo, non-stop 420km ultra-endurance ride through the northern French Alps in under 24 hours.  In 2016, Lottering did what many considered impossible and set off on a non-stop ride through the length of the French Alps from Nice on the French Riviera to Les Saisies Ski Resort, one hour south of Geneva. He covered 962 km in 46 hours, climbing 19 600m over 21 of the most ruthless Alpine mountains in all cycling folklore over two days and nights of riding.

Despite 12 surgeries and a bout of cancer to overcome, 2018 saw Lottering traverse the entire French Pyrenean and Alpine mountain ranges in one 72-hour effort and a year later went on to complete a single, non-stop, 1 314km mountain bike ride from the Eastern Cape to the Western Cape in 66 hours and 12 minutes. An injury forced Lottering to put the brakes on his #xtremeSA2020 Im’possible Tour after cycling for 45 hours and covering 842km through the Eastern Cape Highlands in non-stop wind and rain.  Still, he was back in January 2022, where he successfully completed his eighth Im’possible Tour in aid of charity where he traversed the 750km Cape Cycle Route from Plettenberg Bay to Stellenbosch in 37 hours which was by no means his longest tour, but without doubt the hardest ever due to the extreme heat and terrain.

Lottering’s remarkable story has raised hundreds of thousands of rands for the Laureus Sport for Good Foundation, a charity using sport for social change with partners worldwide. He has shared his life story with audiences in over 12 countries and has reached over 90 million people globally as he continues to inspire and challenge audiences to reach beyond their limits and accomplish the impossible.

Already described as a ‘remarkable’ and ‘astounding’ accomplishment, the end of the US tour saw Lottering exhausted but exhilarated. “Without my support team and sponsors, I would never have finished this ride,” said Lottering. “It was imperative that I succeed at my first US Im’possible Tour and reward my sponsors, UHSM and Mercedes-Benz Vans South Africa, for their continued belief in my fundraising efforts. Failure was simply not an option.” 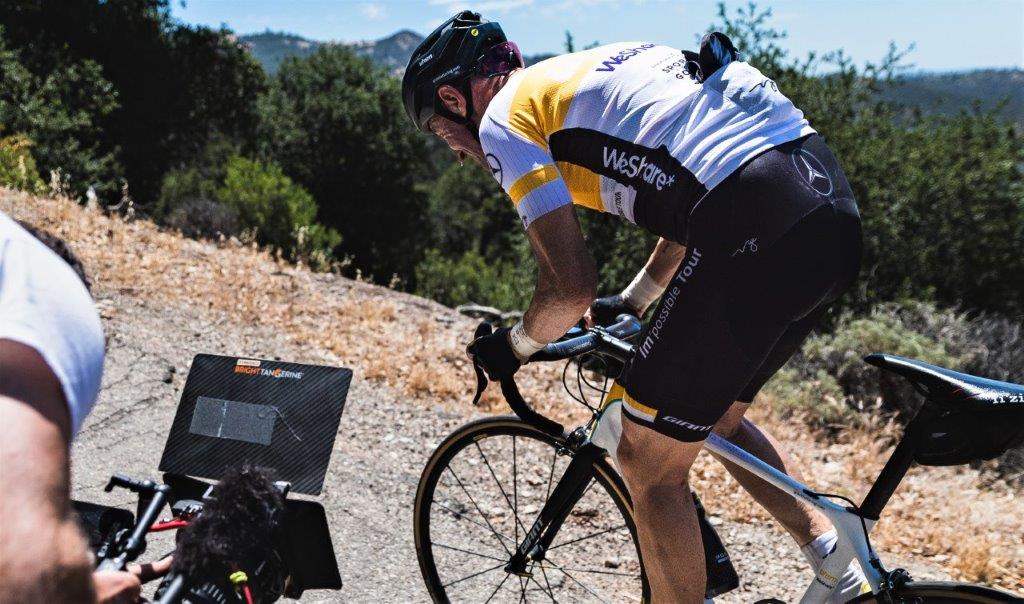 Back home, when asked how he managed to keep going, Lottering responded: “The levels of pain I endured for long periods simply cannot be explained or articulated. At times, everything in me just wanted to stop and lie down. Mentally, I prepared more than ever, which proved invaluable as I used my mental strength and memory of past adversities to push through the pain and shift my focus. I have had so much difficulty to overcome, so many setbacks the past few years, that succeeding in California was very, very personal for me.”