A solo, unassisted, ultra-distance event. At 534kms and having 50 hours to complete, the Grit is definitely not the Munga Lite! It’s tough on machine, body and mind and you don’t always get what you planned for, as long distance cyclist Riccardo Stermin found out.

The Munga Grit, more commonly referred to as the half, is held in The Cradle of Humankind Gauteng. A self-supported single stage event starting and finishing at The Bidon Bistro Muldersdrift, the Munga Grit is an unmarked event that is predominantly off road with competitors making use of GPS which is supposed to simplify matters, although this is not always the case. The race distance is some 534km with about 5 300 m of vertical elevation gain, starting Friday at 12h00 with riders having 50 hours in which to complete the course. The route comprises of mainly district roads some of which are well used and rutted, you also cross privately owned farms, some of which are game farms, and it is not unusual to see game and that can also be at night, in the dark! 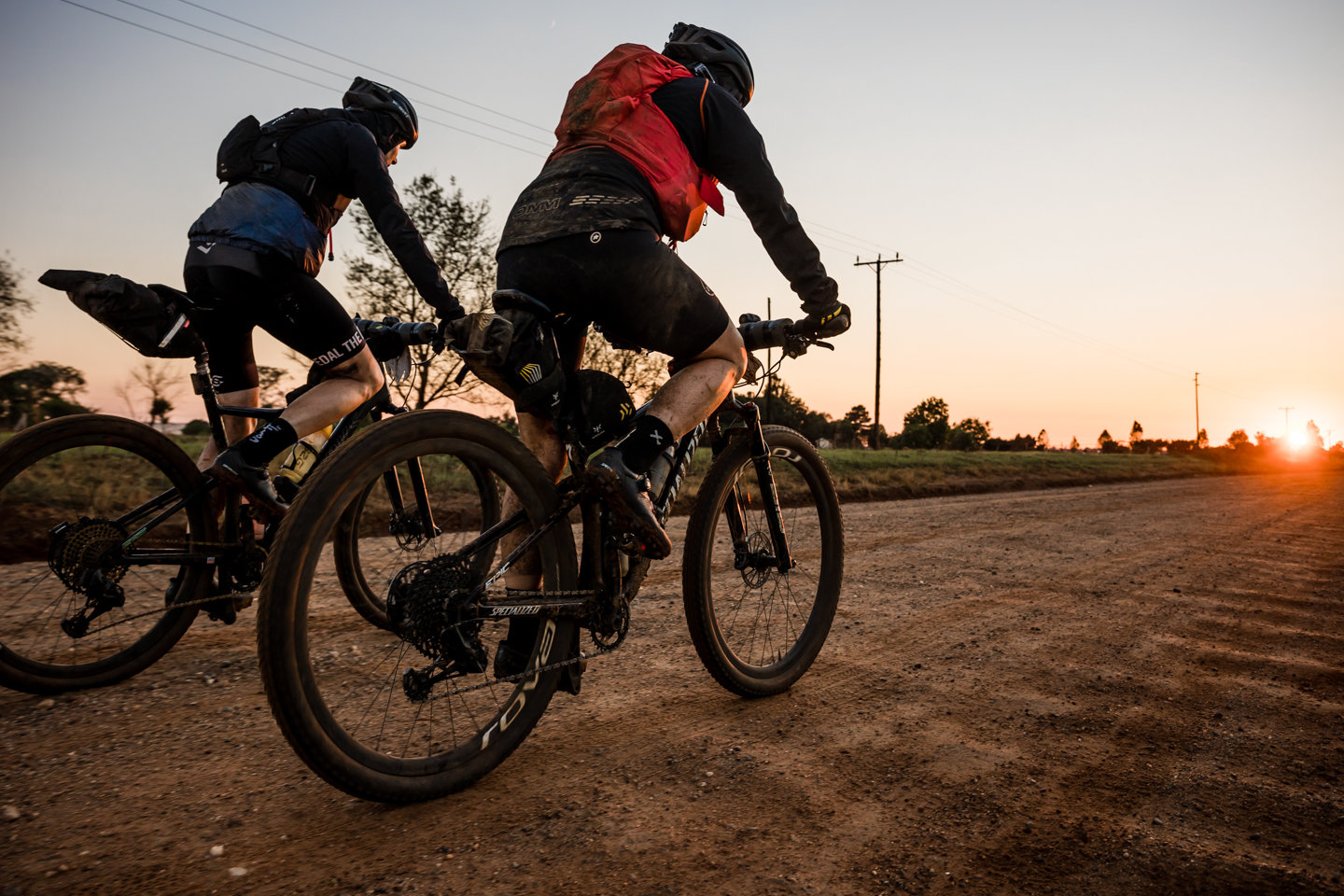 There are water points roughly every 50km some of which are very well stocked while there is one race “village” at about 250km where the services of a bicycle mechanic can be used if needed, which is usually the case.

It would appear that in order to entice riders to participate in The Munga, which is some 1100km, The Munga Grit was established. Having completed two Munga’s the thought of doing a 500 km race appeared to be a lot easier and mentally it actually is, assuming by late Saturday afternoon one would be crossing the finish line. Of course that is making another (rookie) assumption that nothing could go wrong! If only that was the case this year for me.

As far as training is concerned one can never ride such ultra-distances when preparing for these events. My recommendation is to find a (reputable) coach, there are many who are experienced enough to guide and assist with training for such extreme races. With a coach the training time could well be far less than what one would think, but the workouts are going to be more intense. It is a case of train hard and race easy.

For route training I personally chose to ride alone and made good use of “The Boland area” as I find the tarred road surface very rough not to mention that there is no shield from the wind and also very little to look at – this is all as part of the preparation. If the wind is blowing gale force go out and ride as inclement weather conditions will almost certainly be experienced in these marathon events. 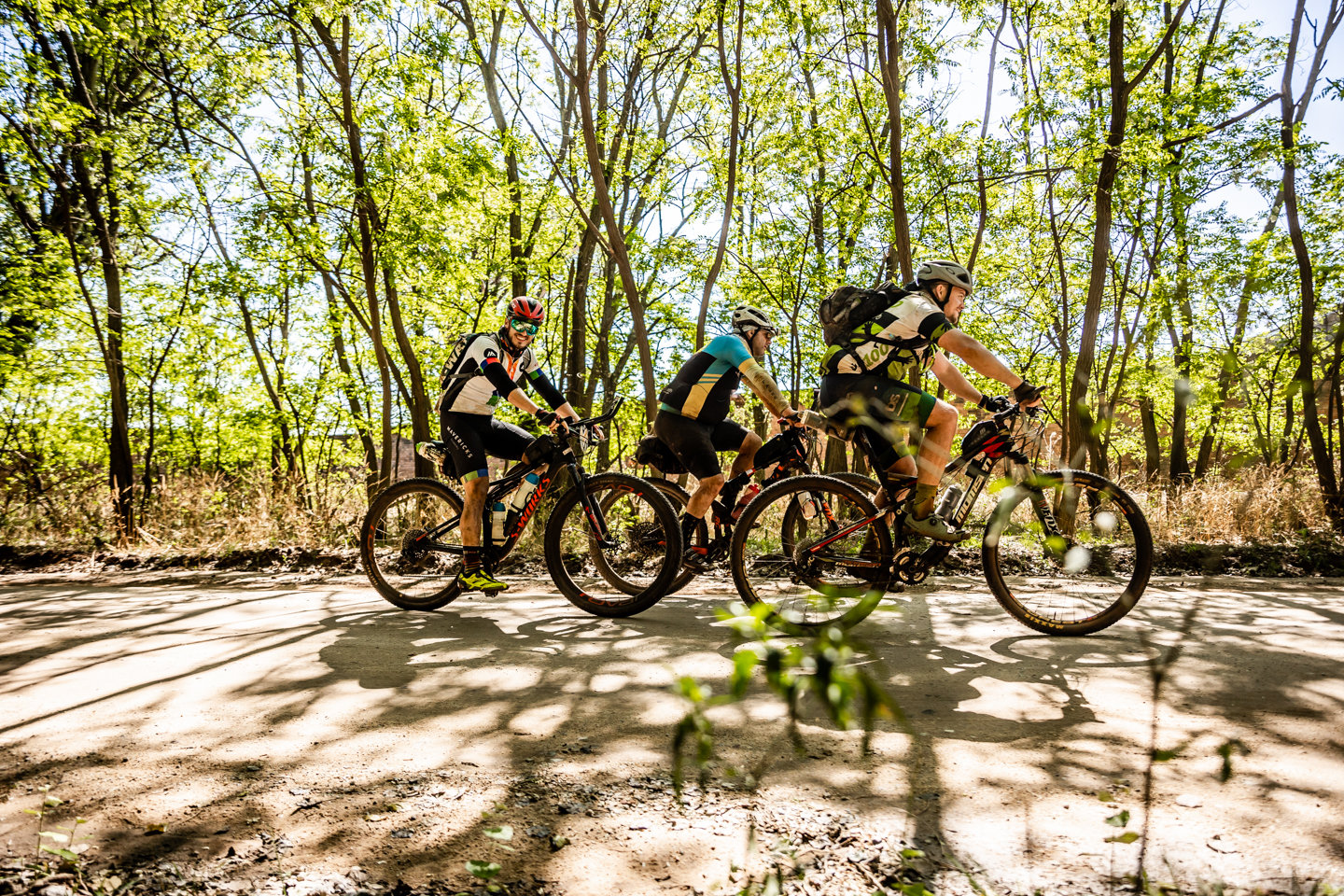 The next single important factor is the bicycle and having learnt the hard way – NO Munga or Munga Grit should be done on a gravel bike. Unless one has a vested interest in a gravel bike company I can see no sensible reason why one would want to compete in such an event on a gravel bike. Your body eventually becomes the suspension and will eventually not be able to soak up conditions that at times are not suited for a 4 x 4 vehicle. A dual suspension bicycle is in my opinion the only option. The distance in itself is hard enough, why would one want to make it more taxing. Forget about speed and think about comfort only.

After the bicycle, the light is the next item on the list that needs to be considered – carefully. One is riding through the night which can be intimidating and therefore a good light is key. If you are spending less than R3000.00 on a light, it is a case of cheap and nasty and therefore expect the worst and hope for the best (I speak from experience).

A 10 000 mah power bank is also crucial for charging the GPS and the light in case two nights of riding is going to be required to complete the event. 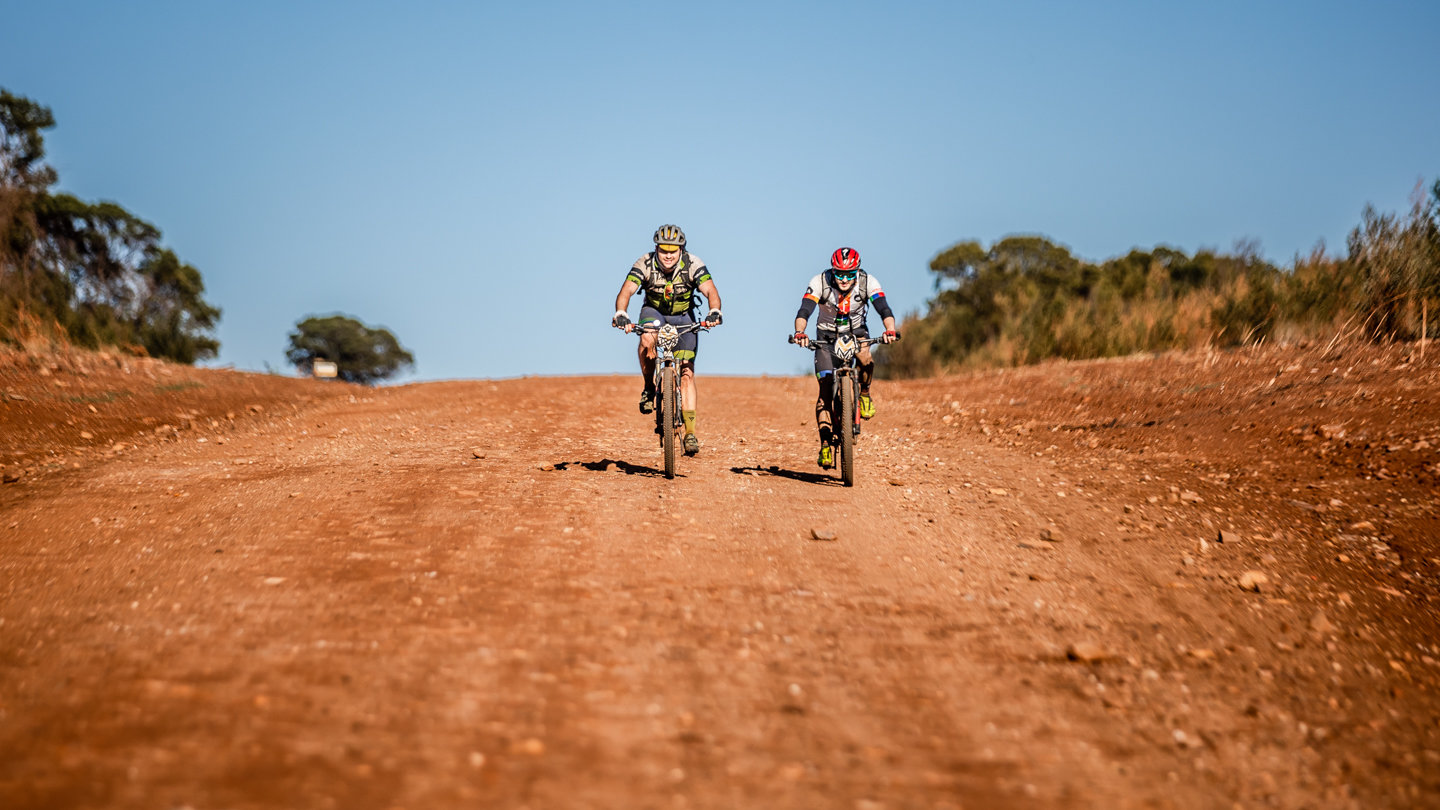 BACK TO THE RACE

This years Munga Grit was really tough as the previous night about 40 mm of rain fell within a 12-hour period and turned district roads into a mud bath. I lost control and fell many times during the night while riding on flat roads where the upper surface had become the best naturally made skid span. In other instances one soon realized what waited at the bottom of a hill – with drainage not a consideration when the roads were built, rainwater formed huge pools at the bottom of the hills which were simply not rideable. You were going to walk!

Mud packed onto shoe cleats from walking through the water courses but worse was the build-up on the rear triangle and drivetrain of the bicycle. I had to stop at least four times to remove the mud from the frame and the rear wheel and at one stage the rear wheel would not rotate at all. The rain had been forecast so I had removed the water bladder from my Uswe Hydration pack and instead carried a can of brake cleaner and a rag to clean the drivetrain – definitely one of the few great decisions I have made. 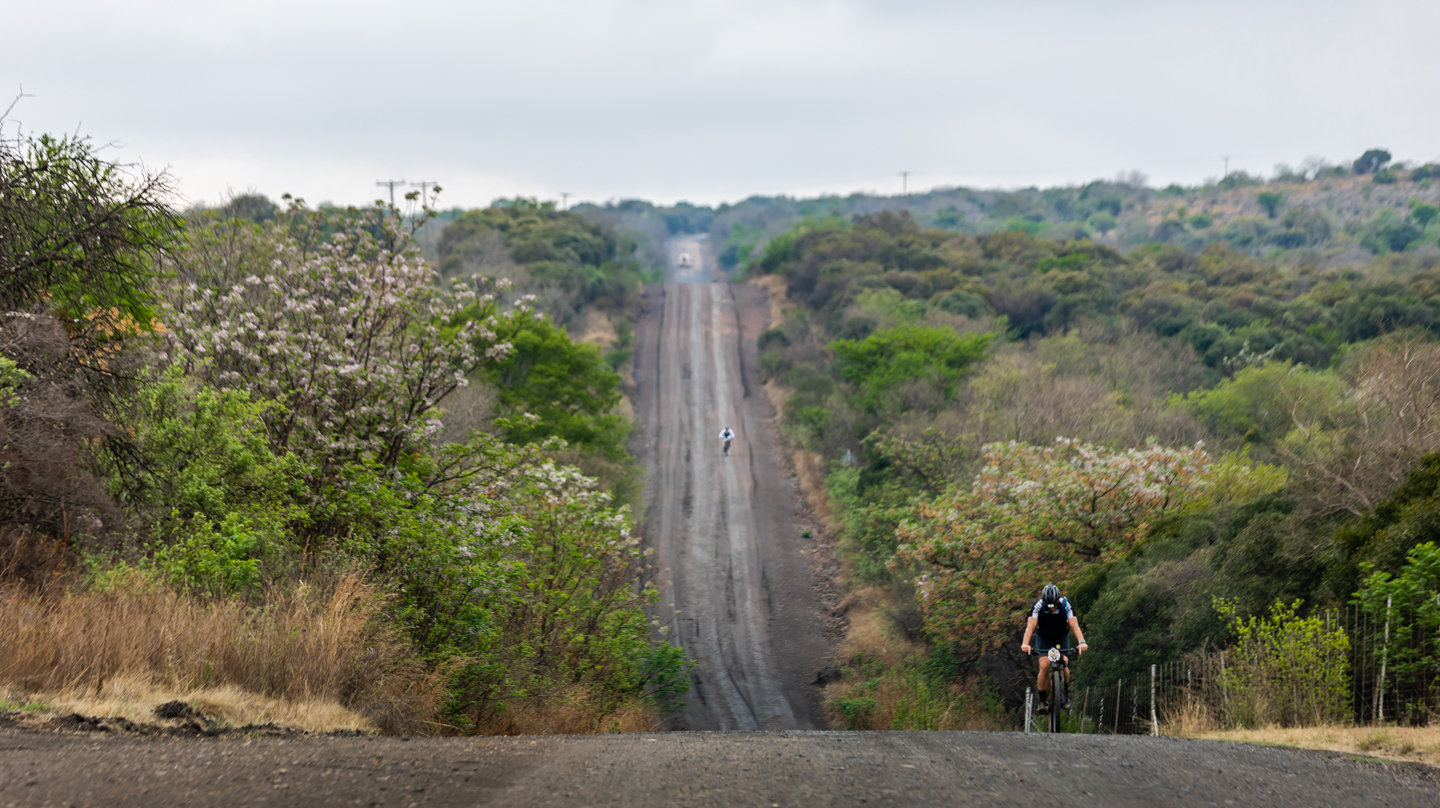 However, worst was still to come… at about 22H00 I experienced the worst thunderstorm in my entire life (yes, I am a Capie). Sheet rain for three hours and many times the road in front of me lite up so severely from the lightning you were blinded for a couple of seconds. I generally ride light in such events but I did have a wind jacket but it would have taken me probably a good 5 minutes to remove it from the small bike bag and put it on and in that time I thought that I may get hyperthermia and so decided to push on. It was arguably one of the most mentally challenging moments I have experienced. I prayed the entire time.

I made the race village at the 250km mark and was in a comfortable 6th place at that stage but once again a mechanical intervened and shortly after departing from the race village my rear wheel bearings seized. I rolled back to the race village but the bicycle mech did not have spares and sadly that’s where my event ended. I sat around for a while and watched some riders come in, many different shapes and sizes, many who may not be fast but were mentally much stronger than the “racers”. These are the riders who are determined to finish, the tortoises who not only make up the core of these type of marathon events but inevitably finish well ahead of the hares.

I can highly recommend participating in ultra-events but have to suggest that your initial attempts are made by entering races half the distance – so much can be learnt on the “shorter” rides: you will learn your limits, test your mental fortitude and ultimately understand your resilience. I will be back!