Not quite a hardtail and not just a full suspension bike. The 2020 Trek Supercaliber is a best-of-both worlds, and next generation XC racing bike. 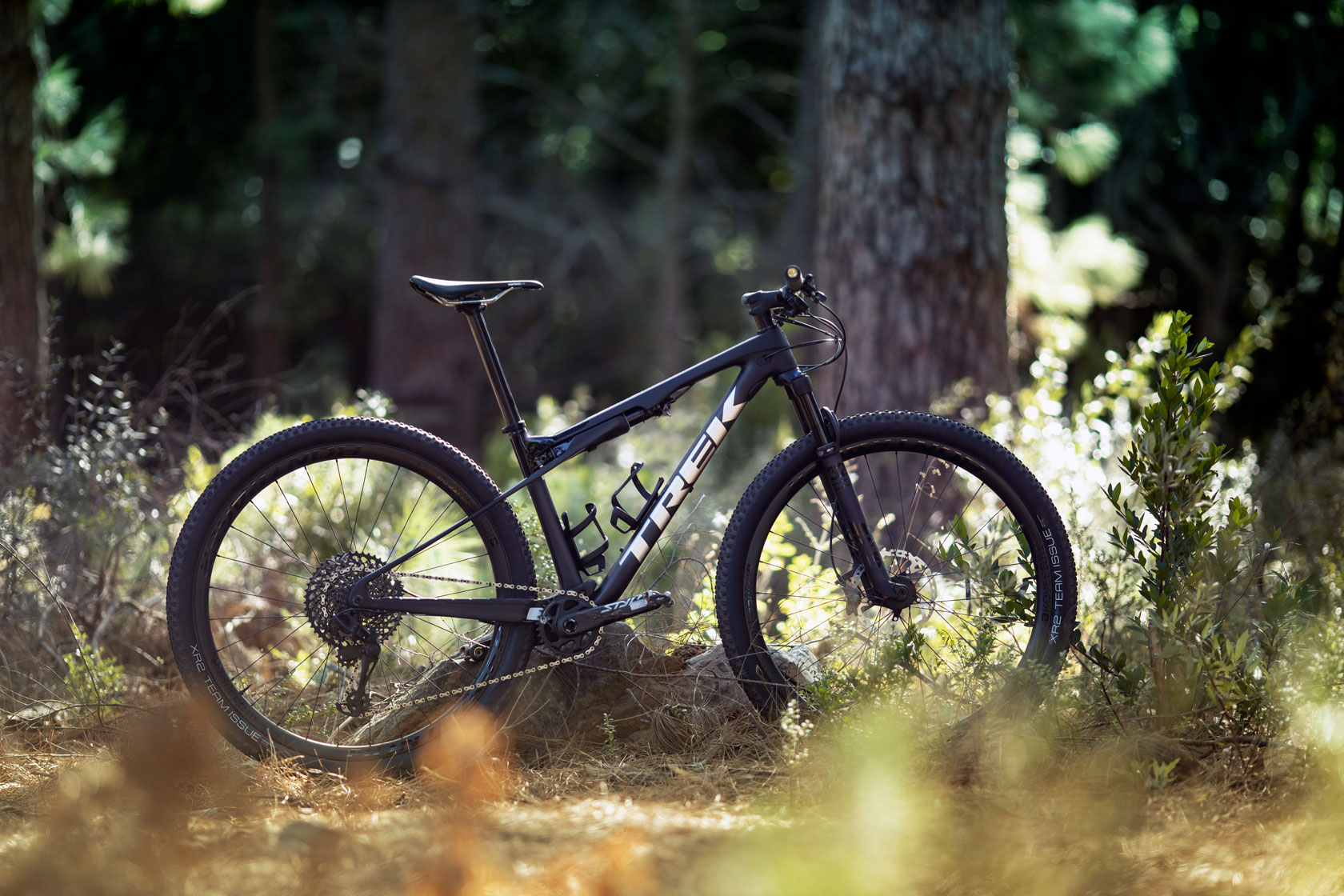 Trek introduced the all-new Supercaliber in late 2019, a radical new XC race bike with a unique, structural suspension design that changes the game for cross-country mountain bike racing, making it a XC bike that’s fast, light and smooth through the rough stuff.

The bike replaces Trek’s Top Fuel as the brand’s World Cup XC full suspension race bike, with 60mm of rear travel delivered by their unique IsoStrut suspension system. The team at Trek claim that many cross-country riders are looking for a bike that rides like both a hardtail and a fullsuspension bike all in one.

Supercaliber gets its magic from IsoStrut, a structural, frame-integrated shock created in partnership with FOX suspension engineers that provides 60 mm of damped, tuneable rear travel. The frame, including the shock and hardware, tips the scale at 1900 grams. The Supercaliber’s unique design relies on minimalism. 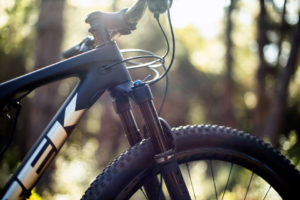 There’s nothing here that isn’t necessary, and every piece is made to work together as part of a greater whole. When you add extra linkages to a bike’s design, you get excess lateral motion. That’s not efficient, and it’s not fast. Supercaliber engineers ditched the rear pivot and designed it with wide, flat seatstays that bow vertically, not laterally.

IsoStrut is encased in a structural stanchion that prevents twisting, flex, deflection and shock damage. You get the direct power transfer and racy feel of a hardtail, with a short-travel shock that soaks up the trail’s fatiguing bumps. IsoStrut uses a standard shock pump so you can tune the spring rate for your weight, and it has a dial for adjusting rebound and a lockout.

Trek’s IsoStrut serves multiple purposes – it contains an air spring and a damper, and also serves as a structural component of the frame. When photos of the Supercaliber first surfaced there was speculation that it worked as a pull shock, but the cutaway view reveals that that’s not the case. The IsoStrut’s air spring can be tuned and dialled in exactly how a rider desires, and it can be fully locked out. With the IsoStrut integrated into the bike as a structural component that carries top tube loads, it allows the Supercaliber to achieve stiffness numbers that are a lot higher than a typical full suspension bike. The shock and IsoStrut can be serviced with standard Fox parts. 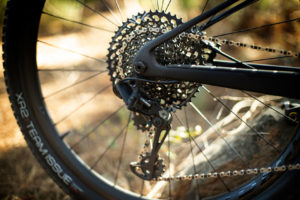 Seatstays on the bike are pivotless and flex to work with the suspension through a virtual pivot in the seatstay. There is 55mm of damped travel through the shock, and then there is an additional 5mm of travel from the seatstay bowing which also provides progression for the suspension. The Supercaliber can handle up to a 120mm fork and has clearance for up to 2.2” tires. The bike fits two full-size water bottles, as any proper XC race bike should. There’s internal cable routing throughout and the bike also has a 31.6 seat tube so riders have the option of standard dropper posts.

The Supercaliber has the typical angles for an aggressive World Cup level XC race bike. The head tube sits at 69-degrees, the seat tube is 74-degrees, and the chain stays are 430mm.

Being a big fan of hardtails, whether it’s for XC racing or trail shredding, I was super eager to climb onto the Supercaliber to see exactly how it rode. I was fortunate to get my hands on the Trek Supercaliber 9.8 model, trimmed with some of the best mountain bike components you can get, including a SRAM GX Eagle drivetrain with carbon SRAM Stylo cranks with a 32t chain ring, wider Bontrager Kovee Elite 30 carbon wheels (weighing in at 1715g for the wheelset) and a Bontrager carbon seat post and handlebar. Paired with the IsoStrut integrated shock is the lightweight Fox Performance 32 Step-Cast fork for a capable ride that’s fast and soaks up technical terrain.

The first thing you notice when getting onto the Supercaliber is that it accelerates incredibly and is built for climbing. Hit the lockout lever and the front and back end of the bike both lock out at the same time, shifting the full-suspension XC bike into a fully rigid and efficient mode, enabling the bike to climb like a rocket. However, I did spend the majority of my riding with the suspension fully open, the bike has heap loads of traction heading uphill and minimal pedal feedback in the suspension. If this were my personal bike, I would consider disconnecting the front lockout in order to have a little more comfort when the rear shock was in full rigid mode, but I understand the dual lockout setup. The climbing position is also comfortable even on the steepest climbs.

Descending, the Supercaliber is an impressive bike, handling technical, rough sections of trail way better than a hardtail. The 60mm of travel out back feels closer to that of a traditional 100mm travel XC bike. Setting up the shock differently can greatly change the ride feel, so much so that Trek include three different volume spacers with the bike so riders can fine tune the shock feel themselves right out of the box. It’s a simple procedure which you are able to follow online. One upgrade I would look at for those who aren’t the fastest in the technical sections, is adding a dropper post, as this will make a big difference when the trail starts getting a little tricky.

The Supercaliber is available in four complete models. Each is equipped with an OCLV Mountain Carbon frame with Straight Shot down tube and Knock Block, a SRAM 1×12 drivetrain (including a SRAM AXS build on the highest end model in the family) and Bontrager Kovee carbon wheels. Like all Bontrager carbon wheels, Kovee MTB wheels are backed by the Bontrager Carbon Care Wheel Loyalty Programme. If they’re damaged within the first two years of ownership, Trek replace or repair them for free.

All Supercaliber models feature 100 mm of front travel, 29˝ wheels on all frame sizes and room to carry two water bottles in the main triangle. SUPERCALIFABULOUS!